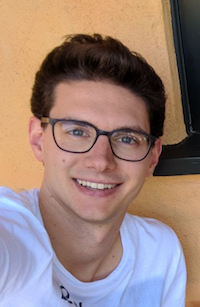 Welcome to the Department of Physics Dr. Scaffidi! Your undergraduate degree is in engineering we hear, what made you decide to switch to physics?

During the last year of my Bachelors Degree, I realized that I wanted to learn more about fundamental physics, and Quantum Mechanics in particular. So I decided to switch to Physics, and I have never regretted it. The transition was made easy because I was admitted into the "Selection Internationale" at Ecole Normale Superieure in Paris ,a scholarship for international students which gave me a lot of freedom in terms of curriculum.

You did your PhD in Theoretical Physics at Oxford University. Can you tell our readers a little bit about your time there?

I had a great time in Oxford. One of the perks is that all students are members of a college, and that is a great way of meeting students from other departments. Research-wise, it was a fairly productive time for me, and several of my current areas of research started there, like superconductivity and topological phases of matter.

Your current area of research is in theoretical condensed matter physics, can you tell our readers what that is and some of its practical applications?

Physics is all about identifying universal patterns among the seemingly disparate zoology of particles and phenomena existing in Nature. The periodic table of elements and the standard model of particles are good examples of such a unified understanding. Yet, when a large number of microscopic particles interact with each other, like electrons in a solid, their behavior as a phase has to be described by a new, emergent theory. The next logical step is therefore to establish a "periodic table of phases of matter", for example, a classification of all the ways in which a macroscopic number of particles can behave. This is essentially what we do in condensed matter physics. Besides its fundamental importance, this classification is crucial for applied science as well, since newly discovered phases often have properties that are highly valuable for applications, from solar cells to superconductivity and quantum computing.

In December 2019, a paper by you and your colleagues called “Visualizing Poiseuille flow of hydrodynamic electrons” appeared in Nature. What is the significance of this research?

In 99.99% of known metals, the resistance arises due to electrons scattering on defects or vibrations of the underlying solid lattice. This leads to the well known Ohm's law. Recently, it was realized that in materials with high purity and strong electron-electron correlations, the electrons instead behave like a fluid which flows down the wire, and for which the resistance is given by the viscosity of the electrons, and has nothing to do with the lattice anymore. This is interesting for several reasons. First of all, for viscous electrons, Ohm's law is supplanted by the much richer Navier-Stokes equation, which is known to lead to a plethora of exotic phenomena, like turbulence for example. Realizing these phenomena for electrons in a solid is not only interesting from a conceptual point of view, but could also have practical applications in electronic devices.

Our contribution was to provide the first direct imaging of such viscous flows of electrons, thanks to a comparison between measurements done in the group of Professor Shahal Ilani at the Weizmann Institute, and calculations performed in my group. These measurements were performed thanks to a single-electron transistor, which provide a way of measuring the electric potential on the sample with an extremely high spatial resolution.

Finally, what can we look forward to seeing from the Scaffidi group this year in terms of research?

My group and I are still working on viscous flows of electrons, and in particular the non-linear regime which appears in the case of large current density. We are also developing a new class of wave functions for electronic systems in the presence of strong disorder and correlations. Interestingly, these wave functions are reminiscent of coupled cluster states, which have been very useful for the study of molecules in quantum chemistry. Finally, we are working on new models for unconventional superconductors, and especially on how to stabilize new superconducting phases by deforming them in various directions.