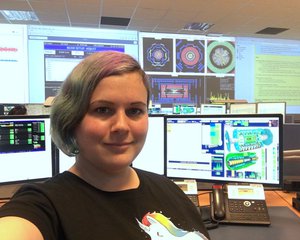 Dr. Karola Dette has been a Post-Doctoral Fellow at the University of Toronto since 2017 working for the High Energy Physics group. She joined the ATLAS collaboration in 2012 as a Master's student with the University of Dortmund, followed by a PhD for which she moved to CERN. During her PhD time she got involved in the operation of the ATLAS detector for the Large Haldron Collider (LHC), acting as shift leader for the whole ATLAS detector as well as on-call expert for the pixel detector.

She currently works on developing and testing hardware for the next upgrade of the ATLAS tracking system. The more particle collisions the LHC is able to produce, the faster and more precise ATLAS needs to be in order to keep up! "I think it is extremely fascinating to know that tracking modules that I've built with my own hands will be installed inside the ATLAS detector and will gather data for thousands of physicists to work with!".

Karola loves to spark an interest for science in people. She's given talks at the Ontario Science Center that introduced school kids to the work people do at ATLAS and she tries from time to time to provide more insight into her work through her Instagram @particlefairy.

Apart from science, Karola is a huge football fan and has been to matches in over 15 different countries so far. She tries to watch every match of Borussia Dortmund if possible, although living in Canada means she can only watch most of them on TV now. 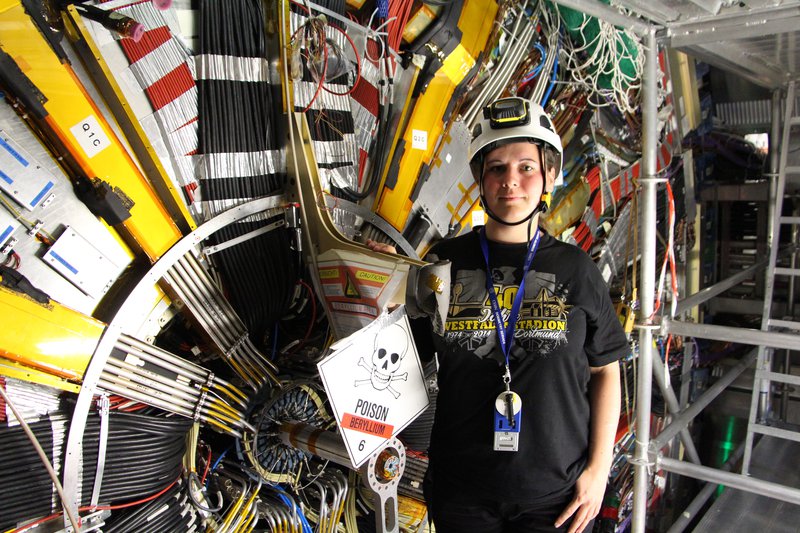 (Karola inside the ATLAS detector: This picture was taken in 2014 in the heart of the ATLAS detector 100 m below ground. During that time Karola was involved with the installation of a new innermost tracking layer, the so-called Insertable-B-Layer (IBL). During that time the LHC was shut down, allowing physicists to work inside the huge underground detectors, repairing and upgrading them.)