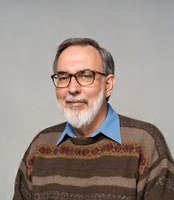 Allan Griffin, Professor Emeritus of Physics at the University of Toronto, passed away on May 19, 2011 at the age of 72 after a prolonged battle with prostate cancer. He is survived by his wife, Christine McClymont, sister Margaret Schonfeld, and brother Raymond Griffin.

Allan was a faculty member of the Department of Physics throughout his university career, from 1967 to 2011. During his time there he worked with many successful doctoral and post-doctoral students, and made seminal research contributions in a number of areas of theoretical condensed matter physics. His enormous enthusiasm for physics, travel, music and life brought pleasure to family, friends and colleagues.

Allan was born in Vancouver, British Columbia in 1939. His father was of Irish- Canadian descent, while his mother traced her roots to the Alsace Lorraine region of France. He spent the war years with his family in Boston Bar in the Fraser Valley where his father was stationed to guard a bridge on the trans-Canada railway. Following the war, the Griffin family moved to the French-Canadian community of Maillardville near Coquitlam in British Columbia. This is where Allan grew up and obtained his early education. He was an avid reader, devouring books on philosophy and astronomy. Before he was 14, he built a telescope with impressive power and range, using a stovepipe, lenses that he purchased from a supplier in Chicago, and a support stand made from scrap plumbing materials. Allan entered the University of British Columbia at the age of 17 and obtained his B.Sc. in 1960 and his M.Sc. in 1961. Despite his early fascination with astronomy, Allan's interests had gradually shifted in other directions.

His doctoral studies in theoretical solid state physics were done at Cornell University under the supervision of Vinay Ambegaokar. He received his Ph.D. in 1965. His pioneering work on thermal transport in superconductors with paramagnetic impurities, published in the Physical Review in 1965, has been widely cited and continues to be a valuable resource to the present day. After leaving Cornell, Allan spent two years as a post-doctoral fellow at the University of California San Diego where he collaborated with Kazumi Maki on problems related to superconductivity. In January 1967, he joined the Physics faculty at the University of Toronto, rose through the ranks to become a full Professor in 1976 and took mandatory retirement in 2004. During these nearly four decades, he enjoyed sabbatical research visits at Jülich, Germany; Simon Fraser University, B.C.; Grenoble, France; Kyoto, Japan; Trento, Italy; and Boulder, Colorado. More recently, his stature in the cold atom physics community led to invitations as a visiting professor to Canberra (Australia), Paris and Otago (New Zealand).

Over the years, Allan worked on many problems in the mainstream of condensed matter physics including surface physics, plasmonic excitations in solids, phonons and d-wave superconductivity. But, starting with his work on liquid helium in the mid-1960s, his over-riding interest became and remained Bose-Einstein condensation. His very first Ph.D. student (T. H. Cheung) wrote his dissertation in 1971 on the topic of “Excitations in Bose Fluids”. This, and subsequent work with other students, led to his appreciation of the important role that the Bose condensate (the particles occupying the zero-momentum state) played in the dynamical properties of liquid helium. Whenever he gave talks on this subject, this point was emphasized in Allan's characteristically enthusiastic way. Furthermore, he rarely failed to mention that Landau neither invoked nor acknowledged the existence of a Bose condensate in his two-fluid model of superfluidity! The publication in 1993 of Allan’s monograph on the theory of superfluid helium-four established him as an expert in this field.

By the mid-1990s, the subject of liquid helium had become to some extent passé, but Allan understood that the field could be invigorated by looking for Bose- Einstein condensation in other systems. This became the topic of a remarkably prescient workshop that was held in Levico Terme in 1993. The idea for the workshop was born in Allan's living room on the occasion of a visit by Sandro Stringari. They, together with David Snoke, organized this meeting and invited many of the notable scientists of the day who had an interest in the subject. Of course, less notable scientists also attended, for example, Eric Cornell. The workshop turned out to be a watershed event in that it refocused the attention of the scientific community on a subject that had been well-studied but was about to be reborn. The proceedings of this workshop were published in 1995, the same year that Bose-Einstein condensation was achieved in trapped atomic gases in the laboratories of Eric Cornell and Carl Wieman at JILA and of Wolfgang Ketterle at MIT. These three were awarded the Nobel Prize in 2001 for this achievement.

Needless to say, Allan was delighted with the developments of 1995 which initiated the new and exciting field of cold atom physics. From that day he became somewhat of a guru who, by introducing to the atomic physics community the basic ideas and concepts of Bose liquids, was able to bridge the new developments in cold atom physics with the established lore in liquid helium. Of particular interest to him were finite temperature effects, the kinds of things he had thought about in the context of liquid helium. He emphasized the importance of the coupling between the atoms in the condensate and the non-condensed atoms in the thermal cloud, and together with Eugene Zaremba and Tetsuro Nikuni, developed a theory that could be used to describe the finite-temperature dynamics of a trapped Bose gas. An important ingredient in this theory is the inclusion of collisions between the atoms which allows one to derive, in the appropriate limit, a two-fluid model analogous to that introduced by Landau. All this, and more, is the subject of his 2009 book Bose-Condensed Gases at Finite Temperatures, co-authored by Nikuni and Zaremba. It is a testament to his determination and energy that he took a leading role in the writing of this book at a time when his illness was becoming a major concern.

Around 2001, Allan's interests turned to the subject of trapped Fermi gases. It was at this time that exciting developments began to appear regarding the use of Fano- Feshbach resonances to study the BCS-BEC crossover. His work on the superfluidity in these systems, mainly with Yoji Ohashi and Ed Taylor, brought him full circle to his early days in superconductivity. And fittingly, his last publication was on the subject of “Second sound and the density response function in uniform superfluid atomic gases”, published in the New Journal of Physics in 2010. Here one sees ‘second sound’, a phenomenon usually associated with liquid helium, appearing in a completely different context.

For his many seminal research contributions, Allan was elected a Fellow of the Royal Society of Canada and the American Physical Society, and received the Bronze Medal from the Collège de France. He was also a fellow of the Canadian Institute for Advanced Research Quantum Materials program where he acted as a tireless proponent of cold atom physics in Canada.

Allan’s impact on theoretical physics goes far beyond his 140 research papers and three books. Allan had a passion for physics and everything he did had the purpose of furthering its cause. He was a vocal advocate of Canadian Physics. Allan joined the Canadian Association of Physicists (CAP) in 1965 and within a few years (in 1969) organized a CAP Theoretical Physics summer school on Fundamental Problems in Metals at Banff. He was the Chair of the Theoretical Physics Division of the CAP in 1992.

In his later career, Allan took a keen interest in the history of physics. Part of his role in the ultra-cold matter community was to make a connection to theories developed thirty years earlier for superfluid helium. In 2008, he wrote several articles describing the important role of Jack Allen and Don Misener, two young Canadians working in Cambridge, who observed superfluidity in late 1937, simultaneously with Kapitza in Moscow. In Allan's opinion it was clearly a ‘miscarriage of justice’ to have awarded the Nobel Prize to Kapitza alone for this observation! Allan was instrumental in establishing the CAP’s Division of History of Physics, and was its inaugural Chair, in 2005 and 2006. For the 2010 annual meeting of the CAP at the University of Toronto, he organized a symposium, through the Division of History of Physics, entitled “Research at Toronto and Chalk River: The Beginning,” at which A.D.B. Woods (AECL) elaborated on ‘Liquid Helium Research at Toronto and Chalk River in the 50s and 60s’. Ted Litherland (UofT) talked about ‘Nuclear Structure and Reaction Studies in Canada 1945-1965’ and David Pantalony (Canada Science and Technology Museum) gave a talk on ‘Exploring Canada’s Nuclear History through Artifacts 1945-1970’.

A few days before he died, on May 13 and 14, a research symposium, affectionately named GriffinFest, was organized in his honour at the University of Toronto by Arun Paramekanti, Joseph Thywissen and Eugene Zaremba, with Jason Ho (Ohio State) and Sandro Stringari (Trento) playing important advisory roles. It was attended by 45 scientists from eight countries around the world – Australia, France, Italy, Japan, Taiwan, United Kingdom, United States and Canada. Allan watched the lectures from home and was gratified to hear the many expressions of affection, admiration and respect. During the scientific talks and the banquet, his friends and colleagues highlighted Allan’s unique courage as an intellectual pioneer and his relentless pursuit of important new ideas. Allan’s strong record of mentoring and supporting the career development of young students and postdocs also shone through. Of the many complimentary things said, the comment that perhaps best captures Allan's essence was made by Sandro Stringari, a close friend and collaborator: “Allan is a wonderful example of enthusiasm for life and science.”

We would like to thank Christine McClymont and Raymond Griffin for personal recollections.