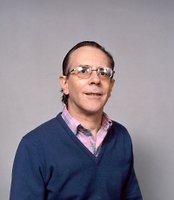 The goals of this research program are to characterize experimentally and to describe theoretically the electronic states at metallic surfaces both in the absence and in the presence of adsorbates. The electronic structures of metallic overlayers on transition metal substrates are of importance because of their relevance to such phenomena as heterogeneous catalysis and electron emission at metal-adsorbate-vacuum interfaces. A field and photofield emission spectrometer equipped with an atomic beam source is being used to probe the surface density of electronic states at the emitting surface. Electronic structure calculations based on a realistic model of the metal-adsorbate-vacuum interface are being carried out as a guide to the interpretation of the data. The ability of a field emission spectrometer to image aggregates of atoms on the microscopic facets of a field emitter is being exploited in studies of island formation in noble metal overlayers on tungsten substrates.

Electrons at the Fermi Surface

The current thrust of continuing work on the electronic states of bulk metals is to determine how such states are modified by an applied magnetic field, with the goal of interpreting orbital g-factor data for conduction electrons obtained in this laboratory and elsewhere. A novel fully-relativistic method for calculating the orbital moments of conduction electrons in metals is being used to interpret the experimentally-observed anisotropies of the electronic g-factors in noble and transition metals. This work is expected to yield insight into the Stoner exchange-correlation enhancements of the spin susceptibilities of conduction electrons at the Fermi surface, which are of special interest in those transition metals, such as palladium and platinum, that behave as incipent ferromagnets.

Links to abstracts of some recent publications: