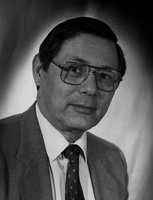 Dick was born in Regina, Saskatchewan and spent his early years in this prairie city. The family moved to Vancouver in the early 1940’s where he completed his elementary and secondary education. He was a graduate of the University of British Columbia (BA ’51; MA ’53) and the University of Glasgow (PhD ’59). For his thesis he was awarded the Thomson Experimental Prize, founded in 1869 by Sir William Thomson (later Lord Kelvin) Professor of Natural Philosophy at Glasgow. As a Japanese-Canadian growing up in Regina during the depression and in Vancouver during the war, he encountered racial prejudice which culminated in the internment of the family during the World War II. This experience had a strong effect on the young Dick and he referred to this period of his life from time to time throughout his adult years. He reacted strongly to any suggestion of prejudice or discrimination and was a “Fierce Defender of First Principles” as noted at the beginning of his obituary.

Dick joined the Physics Department at the University of Toronto in 1961 as an Assistant Professor and initiated a research program investigating the structure of light nuclei primarily via radiative capture. A highlight of this work was an extensive series of  papers on the nuclear structure of  18F. The arrival of a young postdoctoral student, Claus Rolfs, from Germany in 1972 led to a new research interest – nuclear reactions of astrophysical interest. Rolfs collaborated in the  general spectroscopy program but, at the same time, he and Dick began an investigation into some of the nuclear reactions involved in the CNO cycle of nuclear hydrogen burning in stellar cores. Rolfs returned to Germany to the University of Munster but the collaboration continued throughout Dick’s career and involved many trips of both faculty and students between Toronto and Munster. As students graduated and took up faculty positions elsewhere, the collaboration grew to involve personnel at the California Institute of Technology, Queen’s University, the University of Notre Dame, Yale University, and the TRIUMF Laboratory in Vancouver.

Collaboration was a prominent element in Dick’s career. From the late 1970’s to 1990 he worked with colleagues from Queen’s University and the Chalk River Laboratory investigating nuclear beta decay via the study of super-allowed decay, delayed particle emission and beta-neutrino correlations. A sabbatical at the CERN Laboratory in Geneva in 1978-79, where he was a key member of a group that investigated the β-delayed neutron decay of 11Li,  sparked an interest in nuclear physics at intermediate energies and led to his leading a group from Toronto to TRIUMF in the early 1980’s to initiate a collaborative program in proton scattering and to join a collaboration studying (p,n) and (n,p) reactions. The success of this initiative led to the University of Toronto becoming an Associate Member of the TRIUMF consortium.

During the 1980’s it became apparent that the major interest in nuclear reactions in stellar environments had moved to explosive events and involved nuclei of very short half-life. These could be studied most effectively with an intense accelerated beam of the short-lived nuclei incident on a hydrogen or helium gas target. A joint Toronto/TRIUMF proposal for the required accelerator was submitted to the Natural Sciences and Engineering Research Council (NSERC) for funding. The application was not successful but it led to TRIUMF establishing a Test Ion Source Facility On Line (TISOL) to study the production of intense beams of radioactive nuclei.

A nuclear reaction of major interest to astrophysics is the  12C(α,γ)16O reaction. It determines the rate of conversion of 12C into 16O in the core of a red giant star. This ratio determines the subsequent evolution of the core and whether a neutron star or a black hole will remain when a massive star later explodes. The reaction cannot be measured directly at energies of interest because of very low probability for the reaction to take place in the laboratory. However, in the late 1980’s, theoretical work showed that the properties of the reaction at these low energies could be inferred indirectly from the 16N(β,α)12C process where the spectrum of α particles emitted in the reaction would yield the required information. Dick realized that this decay could be studied at the TISOL facility and formed a collaboration to carry out the experiment (known as Red Giant). The results of this experiment, published in 1994, were definitive to the point that no laboratory has attempted to repeat the experiment.

In 1994 Dick retired but this was only the beginning of a new phase of his research. The analysis of data from the Red Giant experiment was best carried out using a method known as R matrix analysis. Dick became very interested in this method of analysis for reactions of astrophysical interest and undertook to improve his computer programming skills (from an admittedly very low level) in order to develop a computer code suitable for this purpose. The result was the AZURE (AZUma R. E.) code which is now widely used for the analysis of these reactions. He was supported in this work by an appointment as Adjunct Professor at the University of Notre Dame where he worked with Michael Wiescher and his students. Workshops on the uses of the AZURE code have been held in the United States and England. On April 21-23, 2008 a “Workshop in Honour of Richard E. Azuma on R-matrix and Nuclear Reactions in Stellar Hydrogen and Helium Burning” was held at the historic La Fonda Hotel in Santa Fe, New Mexico to coincide with his 78th birthday.

In addition to his busy research activities, Dick found time to contribute significantly to teaching and administrative activities in the department. He had a great enthusiasm for physics and loved to teach the beginning classes both on the St. George and Erindale campuses. He served on many department and university committees and was Associate Chair of Graduate Studies of the department from 1972-78 and the Chair from 1982-87. He was also active in service to physics beyond the university as a member of various committees of the Natural Sciences and Engineering Research Council of Canada, the Canadian Association of Physicists, and the TRIUMF Laboratory.

The final few years of his life were a struggle for Dick. While continuing his work on developing the AZURE code, which required frequent trips to Notre Dame and to intense interactions with colleagues and graduate students, he was battling cancer in various forms. Yet he never lost his good humour and passion for his work and for frequent interactions with his friends and colleagues. He is survived by his wife Glenna, sons Stephen, Robert and daughter Katie and their families. He will be greatly missed by his friends and colleagues.