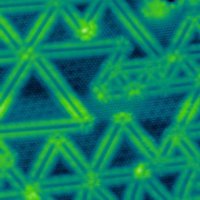 This talk will introduce 2D materials. In particular, I will focus on our work at the NUS Surface Science Laboratory (SSL) on 2D transition-metal dichalcogenides (TMDs). As many TMDs are semiconducting, their electrical properties can be significantly modulated, and potentially utilized in many device applications. I will also introduce our work on magnetic TMDs.

Andrew Wee is a Class of ’62 Professor of Physics at the National University of Singapore (NUS), He was previously Dean of Science and Vice President (University and Global Relations). His research interests are in surface and nanoscale science, scanning tunneling microscopy (STM) and synchrotron radiation studies of the molecule-substrate interface, graphene and related 2D materials. He was a Commonwealth Fellow as well as a Rhodes Scholar at the University of Oxford, where he received his received his DPhil (1990). He holds a Bachelor of Arts (Honours) in Physics (1994) as well as a Masters degree from the University of Cambridge. He is an Associate Editor of the journal ACS Nano, and serves or has served on several other journal editorial boards.