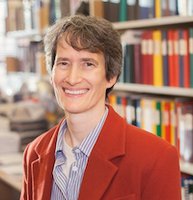 The medal is presented annually to recognize outstanding contributions in the field of Canadian meteorology.

An internationally eminent atmospheric physicist, Strong has greatly increased our understanding of the physical and chemical processes that drive atmospheric change. Her research involves the use of spectroscopic techniques, through which she acquires data on atmospheric composition from balloons, satellites and ground-based observatories.

Upon being presented with the medal, Strong said: “I am so delighted to have been selected as the recipient of the 2021 Patterson Medal, and I feel deeply honoured to be recognized for service to meteorology in Canada. However, my research is highly collaborative and involves working with many wonderful students and postdocs — this award is also a recognition of their contributions over the years.”  Strong also noted that John Patterson, Director of the Meteorological Service of Canada from 1929 to 1946, had close connections to the University of Toronto throughout his career, making this award even more special to her.

Over the course of her career, Strong has made critical discoveries in her field, exhibited stellar leadership and contributed to the development and discovery of new methodologies. She has both founded and been an active participant in several programs that have revealed key findings about atmospheric change and composition.

Data derived from the Middle Atmosphere Nitrogen TRend Assessment project (MANTRA), for which Strong was principal investigator, have been used to investigate the changing chemical balance of the mid-latitude stratosphere, focusing on compounds that play a role in ozone chemistry. Strong is also one of the founding members of the Canadian Network for Atmospheric Change (CANDAC), which established the Polar Environment Arctic Research Laboratory (PEARL) at Eureka, Nunavut to comprehensively monitor ozone depletion, climate change and air quality in the Arctic atmosphere.

In 2019, Strong was named a fellow of the Royal Society of Canada. That year she began a five-year term as chair of the Department of Physics — the first woman to occupy the position. When she joined the department in 1996, she was also its only female faculty member. Of the 76 recipients of the Patterson Medal, Strong is the second woman to receive it.

“Kim Strong is a true pioneer in both academia and the field of atmospheric physics,” says Melanie Woodin, dean of the Faculty of Arts & Science. “She has blazed a trail for the many women who have followed her lead. Thanks to her brave and visionary scientific work, our understanding of the processes that drive atmospheric change has also been powerfully enriched. It is my great pleasure to congratulate her on this well-deserved award.”