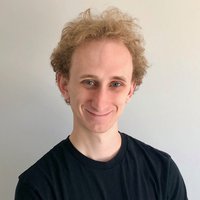 The paper titled Taming Fluctuations for Gaussian States in Loop Quantum Cosmology is Patrick's first publication in a major physics journal. He is also the single author.

The paper is from work that Patrick did for his 2020 NSERC USRA project under the supervision of Professor Francesca Vidotto in the Department of Applied Mathematics at Western University and in association with the international collaboration on new directions in philosophy of cosmology.

The work in the paper approaches the problem of having well-defined spacetimes in quantum gravity which look like "classical" cosmological spacetimes when you zoom out far enough. Patrick effectively showed that the best candidates for these "semi-classical" quantum spacetimes still have surprisingly rich quantum mechanical properties, but that in the appropriate physical settings, these quantum mechanical properties may be suppressed so that the world looks essentially as classical as one wishes.

When asked what the paper and project mean to him, Patrick says:

"More generally, as a student, it often seems that advanced scientists have everything already figured out and the barrier to making novel contributions often appears insurmountable, requiring advanced knowledge of increasingly obscure and complicated ideas. If one opens almost any recent paper on a topic in modern physics, they may quickly be overwhelmed by the terminology and formalism and it may seem impossible to get to a place where they can even understand this work, let alone extend it further. What this project and other research I have been involved with have taught me is that the landscape of ideas in modern physics is ripe with interesting questions and unsolved problems, and that with good mentors and a strong sense of curiosity, it is actually quite reasonable for students to find the boundary between the known and the unknown and extend it in a meaningful way."

Patrick says he has spent a big part of the pandemic writing up projects that he worked on throughout his time as an undergraduate student. He had a teaching article about quantum optics come out earlier this year and has written a few smaller philosophy papers in some more obscure places. He also has several other physics/philosophy papers currently under review, for example this preprint on quantum foundations and philosophical logic.

In September, Patrick will be returning to U of T to commence an M.A. in Philosophy at the Department of Philosophy, where there is newly established program with a concentration in philosophy of science.