Skip to Content
What can we help you find?
10:10 a.m. to noon
Zoom link will be shared

Quantum spin liquids, exotic phases of matter with topological order, have been a major focus of explorations in physical science for the past several decades. Such phases feature long-range quantum entanglement that can potentially be exploited to realize robust quantum computation.

In two consecutive talks, we discuss background theories and recent experiments on a 219-atom programmable quantum simulator designed to probe quantum spin liquid states. In our approach, arrays of atoms are placed on the links of a kagome lattice and evolution under Rydberg blockade creates frustrated quantum states with no local order. The onset of a quantum spin liquid phase of the paradigmatic toric code type is detected by evaluating topological string operators that provide direct signatures of topological order and quantum correlations. Its properties are further revealed by using an atom array with nontrivial topology, representing a first step towards topological encoding. Our observations enable the controlled experimental exploration of topological quantum matter and protected quantum information processing.  Moreover, we discuss how using measurements broadens the landscape of states that one can efficiently prepare, paving the way towards non-Abelian and fracton topological order in these quantum devices. 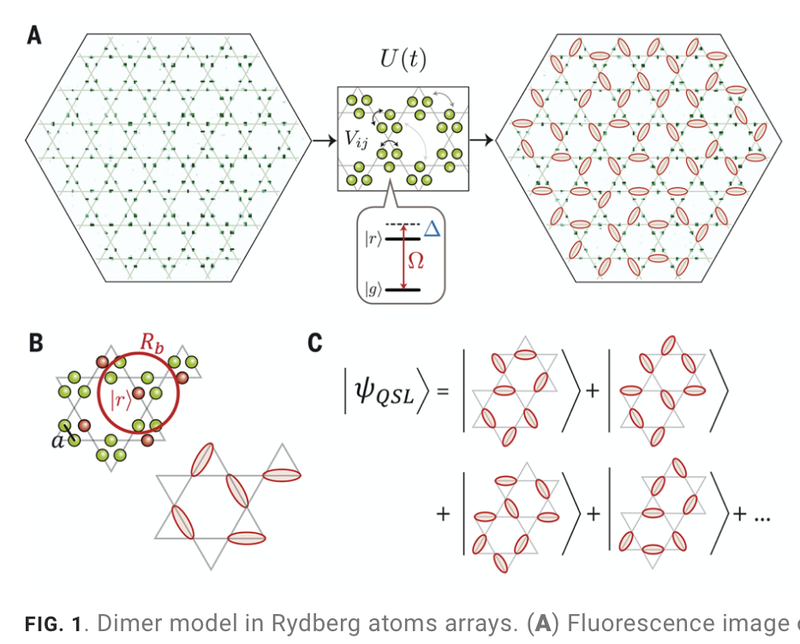