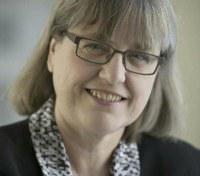 Three scientists on Tuesday won the Nobel Physics Prize, including the first woman to receive the prestigious award in 55 years, for inventing the chirped-pulse amplification laser technique that has paved the way for all of ultra-intense laser-matter science, as well as for advanced precision instruments used in corrective eye surgery.

Arthur Ashkin of the United States won one half of the nine-million Swedish kronor (about $1.01 million or 870,000 euros) prize for the technique of “optical tweezers”, while Gerard Mourou of France and Donna Strickland of Canada shared the other half.

Strickland, past president of the Optical Society of America, and currently on faculty of the University of Waterloo, is just the third woman to win a Nobel Physics Prize since it was first awarded in 1901. In her PhD dissertation, Strickland referenced work by Maria Goeppert-Mayer, the second woman to win a Nobel Prize in Physics, who in 1939 laid the theoretical foundations for Strickland’s work in multi-photon ionization in atoms.

Ashkin, 96, is the oldest person to win a Nobel, beating out American Leonid Hurwicz who was 90 when he won the 2007 Economics Prize.

Listen to her early-morning interview with the Nobel Prize organization here: https://www.facebook.com/nobelprize/videos/309112906554441 /