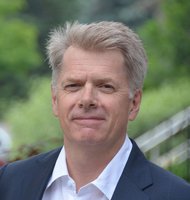 Professor Kent Moore on TVO's The Agenda with Steve Paikin:

The Gulf Stream, part of what is known as the Atlantic meridional overturning circulation (AMOC), is at its slowest point in 1,600 years. Recent research points to the possibility of a collapse and shutdown of the AMOC system, which would have catastrophic consequences. The Agenda examines the likelihood of this scenario and how climate change may not happen incrementally but suddenly in what is known as "tipping points."
Watch the clip here:
https://www.tvo.org/video/could-the-gulf-stream-collapse

More on this in Science in Action from the BBC World Service: