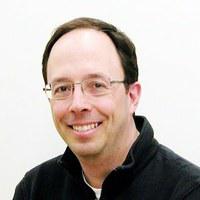 The total value of the funding associated with the U of T chairs is $19 million.

“It’s a source of great pride that the University of Toronto boasts so many great researchers who lead on discoveries that range from the microscopic to the galactic,” said Duncan, who was formerly a U of T researcher herself in health studies.

Created two decades ago, the Canada Research Chairs program is the centrepiece of the federal government’s strategy to make Canada a leader in research and development. The program seeks to attract and retain researchers in engineering and the natural sciences, health sciences, humanities and social sciences.

U of T holds the largest allocation of research chairs in the country, with some 275 chairs awarded to the university and its partner hospitals. Of the 21 new and renewed chairs awarded to U of T, half went to women and nearly 60 per cent supported emerging researchers.

Among the recipients is U of T Physics Professor of Experimental High Energy Physics, Pierre Savard.

The full article with from The Faculty of Arts and Science as well as the full recipient list can be found here:
https://news.artsci.utoronto.ca/all-news/research-action-u-t-awarded-21-canada-research-chairs/

Congratulations to all the recipients!