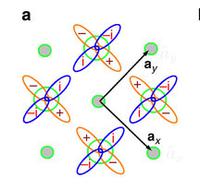 Chirality, or handedness, is a property inherent not only to biological molecules such as glucose and DNA, but is also the hallmark of the fundamental weak interaction between elementary particles. Condensed matter systems like quantum Hall liquids also display chiral edge excitations: current-carrying states at the sample edge which run, say, clockwise but not counterclockwise. Now, in work reported in the February issue of Nature Communications, Professor Paramekanti and collaborators discuss the emergence of such chiral fluids, their phase transitions, and their striking dynamical fingerprint in ultracold atomic gases, in the presence of an optical lattice created by laser beams.