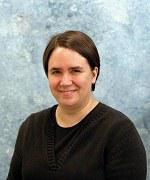 A NASA-led study has documented an unprecedented depletion of the Earth’s protective ozone layer above the Arctic last winter and spring that was caused by an unusually prolonged period of extremely low temperatures in the stratosphere.  University of Toronto physicist Kaley Walker was part of the international team behind the study to be published online Sunday, October 2 in Nature.

The researchers found the amount of ozone destroyed in the Arctic in 2011 was comparable to that seen in some years in the Antarctic, where an ozone “hole” has formed each spring since the mid 1980s. The stratospheric ozone layer, extending from about 15 to 35 kilometres above the surface, protects life on Earth from the sun’s harmful ultraviolet rays.

The scientists found that at some altitudes, the cold period in the Arctic lasted more than 30 days longer in 2011 than in any previously studied Arctic winter, leading to the unprecedented ozone loss. Further studies are needed to determine what factors caused the cold period to last so long.

The Antarctic ozone hole forms when extremely cold conditions, common in the winter Antarctic stratosphere, trigger reactions that convert atmospheric chlorine from human-produced chemicals into forms that destroy ozone. While the same ozone-loss processes occur each winter in the Arctic, the generally warmer stratospheric conditions there limit the area affected and the time frame during which the chemical reactions occur.  This means there is generally far less ozone loss in most years in the Arctic than in the Antarctic.

To investigate the 2011 Arctic ozone loss, Walker and scientists from 18 other institutions in nine countries (United States, Germany, The Netherlands, Russia, Finland, Denmark, Japan and Spain) analyzed a comprehensive set of measurements. These included daily global observations of trace gases and clouds from NASA’s Aura and CALIPSO spacecraft; ozone measured by instrumented balloons; meteorological data and atmospheric models.  The University of Toronto team contributed to the balloon-borne data with measurements from Eureka, Nunavut, located at 80 ºN (1,100 km from the North Pole).  The team was participating in a Canadian Space Agency-funded project making springtime measurements to verify the performance of a Canadian satellite called the Atmospheric Chemistry Experiment (ACE).

“In the 2010-11 Arctic winter, we did not have temperatures that were lower than in the previous cold Arctic winters,” said Walker.  “What was different about this year was that the temperatures were low enough to generate ozone-depleting forms of chlorine for a much longer period of time.  Arctic ozone loss events such as those observed this year could become more frequent if winter Arctic stratospheric temperatures decrease in future as the Earth’s climate changes.

The 2011 Arctic ozone loss occurred over an area considerably smaller than that of the Antarctic ozone holes. This is because the Arctic polar vortex, a persistent large-scale cyclone within which the ozone loss takes place, was about 40 percent smaller than a typical Antarctic vortex. While smaller and shorter-lived than its Antarctic counterpart, the Arctic polar vortex is more mobile, often moving over densely-populated northern regions. Decreases in overhead ozone lead to increases in surface ultraviolet radiation, which are known to have adverse effects on humans and other life forms.

The scientists noted that without the 1989 Montreal Protocol, an international treaty limiting production of ozone-depleting substances, chlorine levels already would be so high that an Arctic ozone hole would form every spring. The long atmospheric lifetimes of ozone-depleting chemicals already in the atmosphere mean that Antarctic ozone holes, and the possibility of future severe Arctic ozone loss, will continue for decades.

“Each of the balloon and satellite measurements included in this study were absolutely necessary to understand the ozone depletion we observed this past winter,” Walker said.  “To be able to predict future Arctic ozone loss reliably in a changing climate, it is crucial that we maintain our atmospheric measurement capabilities.”