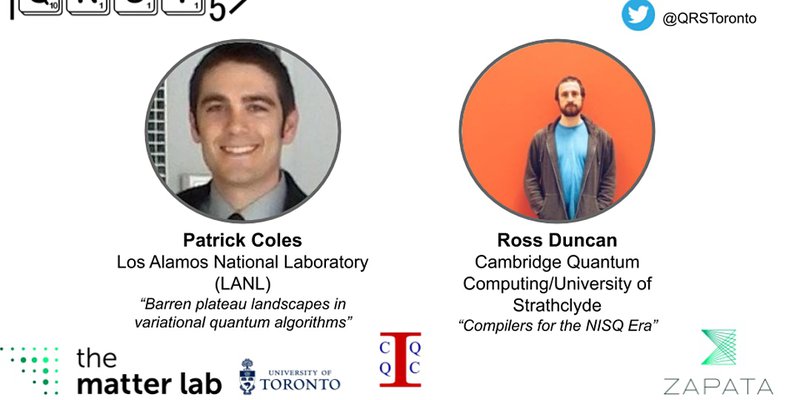 Variational quantum algorithms (VQAs) are the best hope that we have for obtaining quantum advantage from noisy quantum computers. Applications of VQAs range from electronic structure to dynamical simulation to solving linear systems of equations. However, more research is needed to understand how the complexity of VQAs scales with problem size. One of the known complexity results for VQAs is that, under certain conditions, the parameter gradients can vanish exponentially with problem size. This is known as a Barren Plateau Landscape (BPL). The BPL phenomenon is incredibly fascinating. It appears to be a purely quantum phenomenon, without a direct classical analog. Moreover, it essentially determines whether or not your algorithm has quantum speedup, since the existence of a BPL implies exponential scaling of algorithmic complexity. Hence, if we want quantum advantage in a variational setting, we have to beat the BPL problem. In this talk, I will give an overview of the BPL phenomenon and its implications. I will focus on two recent papers that show: (1) the connection between cost-function locality and BPLs, and (2) BPLs cause by noise. Finally, I will also briefly discuss possible strategies to avoid BPLs.

Patrick Coles joined Los Alamos National Laboratory (LANL) in 2017 as a staff scientist. He currently leads the near-term quantum computing group at LANL, where he focuses on fundamental issues related to quantum machine learning and noisy quantum devices. He also co-organizes LANL’s quantum computing summer school. Previously, he did postdocs at University of Waterloo, National University of Singapore, and Carnegie Mellon University, and he received his PhD from University of California, Berkeley. He has a broad background that includes prior work in quantum cryptography, quantum information theory, quantum foundations, and condensed matter physics.

So you have a new quantum computer? What now? I’ll present t|ket⟩, a quantum software development platform produced by Cambridge Quantum Computing Ltd which will help you get the best out of your new machine. The heart of t|ket⟩ is a language-agnostic optimising compiler designed to generate code for a variety of NISQ devices, which has several features designed to minimise the influence of device error. The compiler has been extensively benchmarked and outperforms most competitors in terms of circuit optimisation and qubit routing. This talk will cover roughly the same ground as our recent paper (arXiv:2003.10611) but such is the nature of the field, that paper is already obsolete, so I will cover some of the hot new sh*t we have done since then.

Ross Duncan is the head of Quantum Software at Cambridge Quantum Computing Ltd and a permanent Research Fellow at the University of Strathclyde. He obtained his Doctorate from Oxford University in 2006 for his thesis “Types for Quantum Computation”. Since then he has held positions as an EPSRC Postdoctoral Research Fellow at the University of Oxford, Chargé de Recherche at the Univeristé Libre de Bruxelles, and Lecturer of Computer Science at the University of Strathclyde. His research focusses on the foundations of quantum computing and in particular on the use of category theory and diagrammatic calculi to better understand the structure of quantum states and programs; he is the co-inventor (with Bob Coecke) of the ZX-calculus and has applied this to reason about quantum circuits, measurement-based quantum computation, and quantum error correcting codes. Since joining CQC in 2018 he has focussed on the development of t|ket>, a platform independent optimising compiler and software development framework for near-term quantum computers.