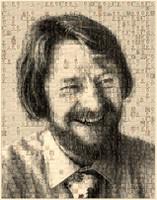 81 years ago Einstein, Podolsky, and Rosen published a paper with the aim of showing that the wave function in quantum mechanics does not provide a complete description of reality. The gedanken  experiment showed that quantum theory, as interpreted by Niels Bohr, leads to situations where distant particles, each with their own “elements of reality”, could instantaneously affect one another. Such action at a distance seemingly conflicts with relativity. The hope was that a local theory of quantum mechanics could be developed where individual particles are governed by elements of reality, even if these elements are hidden from us. This concept is known as local realism.


This past year, a loophole-free violation of Bell's 1964 inequalities, a 'holy grail' in the study of the foundations of quantum mechanics for half a century, was finally achieved by three different groups. Here I will present the loophole-free Bell experiment carried out at the National Institute of Standards and Technology that requires the minimal set of assumptions possible. We obtain a statistically significant violation of Bell’s inequality using photons that are space-like separated, and therefore forbidden by relativity from communicating. Local realism,as defined by Bell, is dead.


I will also discuss briefly our future plans for using our setup as a public source of randomness useful for cryptographic applications.