Skip to Content
What can we help you find?
11 a.m. to noon
Zoom meeting

The last decade has seen a convergence of concepts and methods between many-body physics, in particular condensed matter, and quantum optics, exemplified by the use of quantum gases as simulators for many-body phenomena. The use of quantized light fields with ultracold atoms permitted in the settings of cavity quantum electrodynamics (QED), however, has been restricted to thermal or bosonic atoms, without the ability to control independently the atom-atom and light-matter interactions.

I will present the experimental realization of a quantum degenerate, strongly interacting Fermi gas coupled to a high-finesse cavity. The optical spectrum of the coupled system will be presented and compared with theory, confirming that the strong light-atom coupling regime is reached simultaneously with unitary atom-atom interactions, when light is resonant with the optical transitions for either spin component of the gas.

I will also present a study of resonant photon-pair interactions in the Fermi gas, using photo-association to ultra-long-range molecules. The cavity transmission spectrum close to these transitions exhibits the anti-crossing characteristic of strong light-matter coupling, signaling the onset of coherent ‘pair-polaritons’. I will describe the dependence of the optical spectrum on interaction strength, and connect the optical spectrum of the cavity with Tan’s contact, a universal property of the many-body physics of the Fermi gas. This provides a new connection between quantum optics and strongly correlated matter. 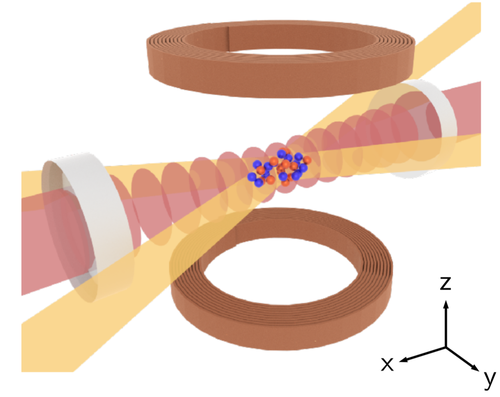