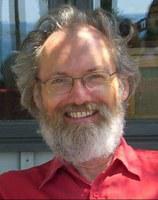 An international experiment with contributions from physicists at the University of Toronto is announcing results that could solve a long-standing puzzle in particle physics and may even turn the Standard Model on its head. The team has detected the first indication of oscillation from muon-type neutrinos to electron-type neutrinos.

"Two other modes of neutrino oscillation between the three known types of neutrino have been established  by the Super-Kamiokande experiment in Japan and the SNO experiment in Canada”, said Professor John Martin of the University of Toronto. “However, the new result is tremendously exciting, since it indicates a third mode of oscillation, which is coupled intimately with an asymmetry between matter and anti-matter called CP violation.”

Additional information is available on the Triumf web site at: http://www.triumf.ca/research-highlights/experimental-result/neutrinos-becoming-less-mysterious