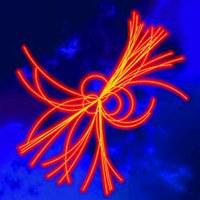 Thousands of physics aficionados have descended upon Geneva for news of a historic discovery. Students have camped out overnight, hoping for a seat in the auditorium. And an 83-year-old scientist shuffled through the halls, mobbed by his protégés, on the eve of an announcement expected to prove his 48-year-old theory.

On Wednesday, scientists are expected to announce the existence of the Higgs boson after years of research at the $10-billion Large Hadron Collider at the European Organization for Nuclear Research, also known as CERN .

To read the full article in Toronto Star, please follow this link