The experiment uses several different cryogenic detectors that are sensitive to the interaction of dark matter particles with both nuclei and the electrons surrounding the nucleus. These detectors are housed in a cryostat and carefully shielded by copper, lead and polyethylene to minimize the radioactive backgrounds. 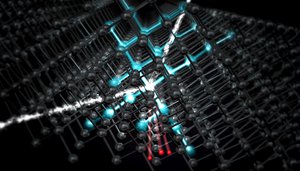 The Toronto group is involved in the analysis of data, in the development of new detector technology and the operation of the detector, and in simulation of the signals produced by the detector. The detector development effort, headed by Prof. Ziqing Hong, is supporting the operation of the detector underground as well as developing and testing next-generation devices. The detector simulation effort is headed by Prof. Miriam Diamond, and is developing both the software infrastructure to accurately simulate the response of the SuperCDMS detector and produce simulated events using the national advanced research computing clusters. Prof. Pekka Sinervo is involved in software development, statistical modellng and data analysis.

The detector development is taking place in Prof. Hong's laboratory, where the group is operating a refrigerator that allows detectors to be operated in the milliKelvin range. They are working to characterize the detectors being used in the experiment and are developing new devices. 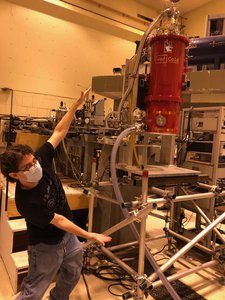 Detector simulation employs the Data Research Alliance of Canada high-performance computing platforms to develop the simulation framework for the SuperCDMS detector and create simulated data samples. Further details can be found in the tab below.