The department of Physics at the University of Toronto was founded in 1887. The graduate program followed soon afterwards with the establishment of the requirements for the degree of Ph.D. in 1897.

John C. McLennan spent a year studying at the Cavendish Laboratories in Cambridge, England in 1898 following the completion of a specialist undergraduate degree in the newly formed department of Physics at Toronto. He completed the requirements for his graduate degree in 1900, receiving the first Ph.D. conferred on a student in the physical sciences in Canada on June 13, 1900.

McLennan went on to become a professor of Physics and director of the Physical Laboratory at the University of Toronto until the early 1930's. His research interests included liquid helium, superconductivity, atomic spectroscopy, the exploration of natural radioactivity as well as the study of atmospheric conductivity. This laid the foundation for condensed matter and quantum optics, subatomic and atmospheric physics --- three of the areas of expertise in the department even today. Physics moved to its present location in 1967 and the building complex was named the McLennan Physical Laboratories in his honour.

For more on McLennan, see

In year 2000 we were celebrating the centennial of McLennan's degree.

The events and talks which took place during the centennial celebration. 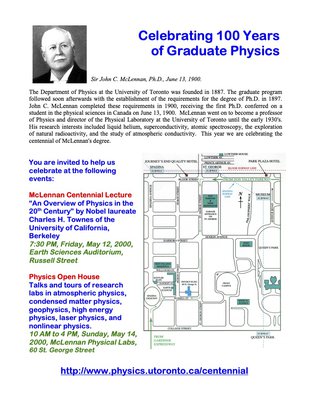 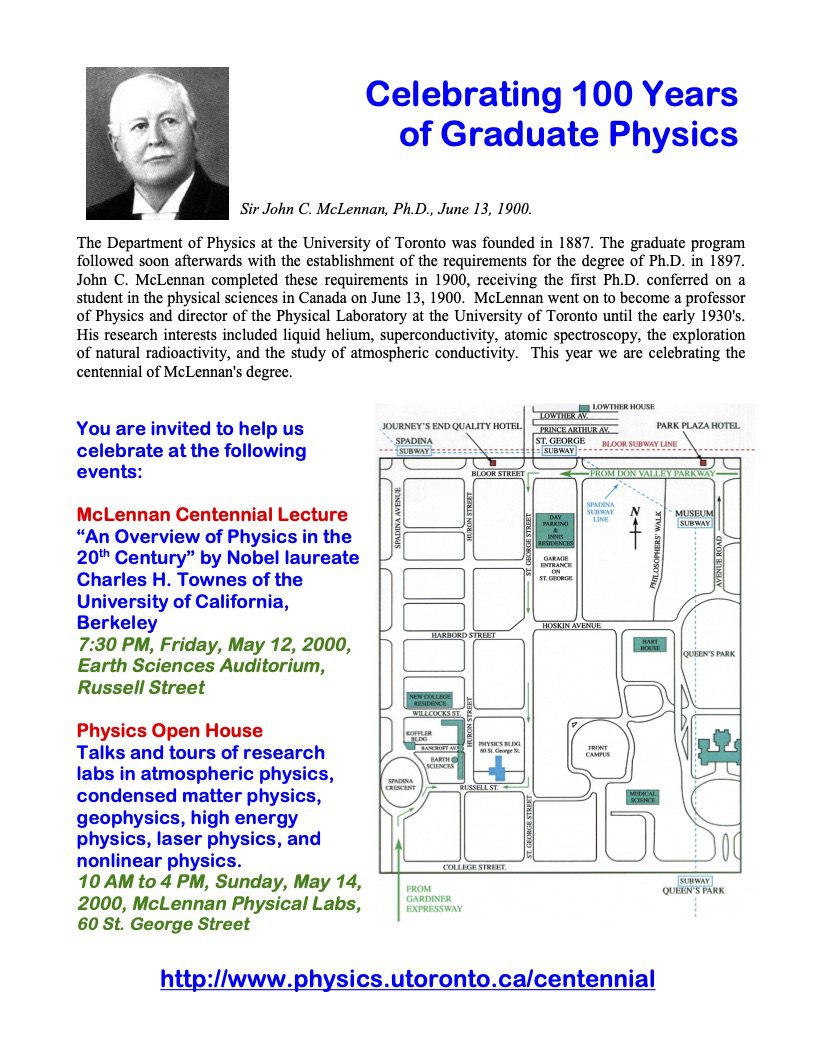 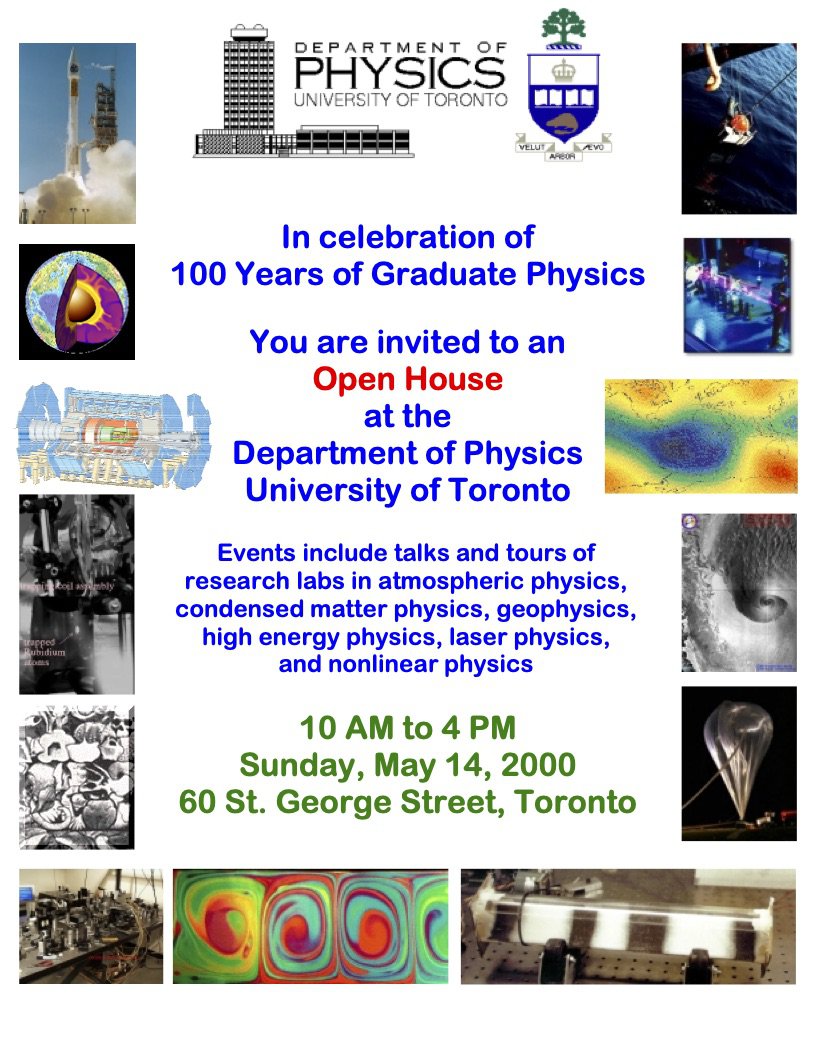