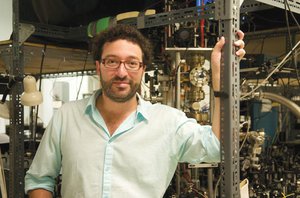 In a study that was published in Nature in July 2020, Professor Aephraim Steinberg’s group reported that it takes about one millisecond for atoms to tunnel through a micron-thick laser beam.

The story is summarized below in an article for CIFAR by Jon Farrow, followed by a Q and A with Professor Steinberg with Interactions.

How long does it take to do the apparently impossible? Knowing might unlock better quantum computers and a deeper understanding of physics.

The fact that quantum-scale objects like atoms or photons can appear on the other side of apparently insurmountable barriers would not surprise most quantum physicists. This effect, known as quantum tunnelling, was first reported in the 1920s. It’s so well-established that we harness it for advanced microscopes and quantum computers and we now know it is essential for photosynthesis and nuclear fusion.

“We wouldn't even be here if not for tunnelling,” says Aephraim Steinberg, the co-director of CIFAR’s Quantum Information Science program and a professor of physics at the University of Toronto. “The first steps in fusion in the sun require one nucleus to tunnel into another nucleus. So tunnelling is a very fundamental process that actually happens in the universe, not just in quantum mechanics textbooks.”

The details of this phenomenon, however, remained mysterious. For 90 years, physicists have argued about how exactly this tunnelling happens, what the atoms do as they tunnel, and how long they take to make the journey.

Steinberg’s team, seeking to provide clarity on how long particles spend tunnelling, timed how long ultracold rubidium atoms took to tunnel through a micron-thick laser beam that should have reflected them. In a paper published in Nature in July 2020, they reported a result of about one millisecond.

This breakthrough, built on nearly 20 years of refining experiments in his lab, is the world’s first such measurement and uncovers deep truths about the physical laws that govern quantum interactions.

"Steinberg and co-workers have accessed a very deep, hidden domain—the classically forbidden region where quantum tunneling prevails—providing further insight into what information can ultimately be known about a physical system,” says Irfan Siddiqi, an expert in quantum control, a fellow in CIFAR’s Quantum Information Science program, and a professor of physics at the University of California Berkeley. “Developing new measurement methods that access long-lived, unique quantum signatures are key to developing advanced quantum information processing architectures."

A quantum clock that only ticks when tunnelling

To examine quantum tunnelling, Steinberg’s team set up a system where they would push atoms of rubidium, which they had cooled down to a billionth of a degree above absolute zero, into a laser barrier.

“We made one beam [of light] that acted like a guiding fibre for the atoms and held them in this line. Then we intersected that with a second beam that we set up so that it would repel the atoms,” says Steinberg. “That second beam acted like a barrier, and we could very carefully adjust the “height” of that barrier. Our setup also allowed us to give the atoms a little push so we could adjust whether or not they had enough energy to classically surmount the barrier.”

They chose the alkali metal rubidium as their tunnelling clocks because its atoms flip back and forth between two states in a precise and predictable way. Indeed, the oscillations of a related atom, cesium, define the second. Mathematically, this oscillation can be treated like a clock hand that points in a certain direction and can move over time.

“Since we wanted [the atoms’ clock hands] to only tick in that one micron region where the barrier is, we used the barrier light itself to also tickle the spin of the atoms and make it oscillate at a frequency that we knew,” explains Steinberg.

Once they had particles that could tunnel, the particles carried clocks, and the clocks only ticked when they were in the barrier, they had to take photographs that showed where the clock hands were pointing once they reached the other side in order to calculate the amount of time the atoms must have spent in the barrier.

A result worth waiting for

“This whole idea of probing the history of a quantum particle is one that's been central to my research and it's come up over and over again in discussions at CIFAR program meetings,” says Steinberg, who was appointed a fellow of the Quantum Information Science Program in 2003 and became co-director during the program’s renewal in 2018. He has been thinking about, building, testing, and iterating on this delicate and complex experiment since 2001.

"There is no free lunch in quantum mechanics,” says Siddiqi. “For example, a route to robustly store information in quantum systems is to hide it from the classical world, thereby creating a fundamental engineering challenge in developing hardware where quantum coherence is long-lived yet controllable.”

The result is not only proof that it is possible to time the tunnelling process, but also that there is much more to learn to get the full picture of quantum systems. It will spur new ideas about what can be learned about a quantum particle’s past from observations in the present in CIFAR’s Quantum Information Science Program, which brings together theorists and experimentalists to address the field's most fundamental questions.

“This had been kind of a niche topic in quantum optics,” says Steinberg. “But I think as the technology evolves, and as we're building these larger scale agglomerations of qubits and trying to learn how to characterize and control each of them, this has renewed practical importance.” 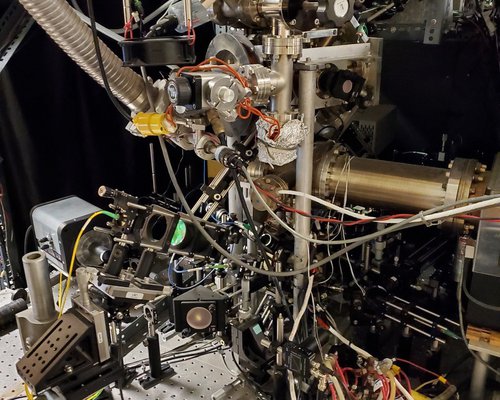 This is the apparatus used to carry out the experiment. Visible is the vacuum chamber in which the atoms are trapped, and several of the optical beam lines which are used to trap, cool, and probe the atoms. Tunnelling.jpg
This is the apparatus used to carry out the experiment. Visible is the vacuum chamber in which the atoms are trapped, and several of the optical beam lines which are used to trap, cool, and probe the atoms.

Interactions sat down with Professor Aephraim Steinberg to ask him some questions about this amazing discovery.

Hi Professor Steinberg, congratulations on your breakthrough. This was 20 years in the making for your group, how does it feel?

Honestly, it’s hard to express just how amazing it is to finally see the result of something you’ve been pushing towards so long that it’s become a sort of white whale.

When I was a new assistant prof and gave colloquia where I described some of these ideas, I would say “hopefully, I’ll be able to come back in a few years and tell you how it turned out!” And then I’d laugh, "Well, okay, maybe 10 years.” I guess, not quite 30 at the time, I couldn’t even imagine working on something for twice that long.

We’d thought we were “almost there” so many times before discovering a new wrinkle that it was hard for me to believe when we finally saw that we had the results we’d been hoping for for so long. But it was a bit surreal, because I’d been “living with” the project for so long that at the same time, I almost felt like I’d already seen them.

Can you tell us a little bit about your lab and the team that made it happen?

Well, this was the long-term goal that I used to frame the construction of our cold-atoms group, even though we knew we’d spend most of our time on shorter-term projects along the way. And of course, most often we got fascinated by some of these other projects, and left the tunneling experiment on the back burner for a while. Early on, I thought we could do an “end run” around all the groups trying to achieve Bose-Einstein condensation (back when it wasn’t so routine), and we studied some ideas for getting here in a “quick & dirty” way. Well, it turned out the ideas were dirty enough but not so quick, so in the end, we built a new apparatus to go ahead and push for BEC. We only did this when I had a student, Ana Jofre, who got excited enough about the project that she said she wanted to leave the team she was working in and take charge of the new effort, knowing she would certainly not be in the group once we got up to tunneling experiments, and might not even see the BEC. But after Ana, there were several generations of students who each made their own creative contributions, step by step turning this into a powerful and robust machine, and then innovating in terms of how we could implement tunneling and carry out these sensitive measurements.

( The team that was on the final paper was from left to right: Isabelle Racicot, Ramón Ramos and David Spierings) 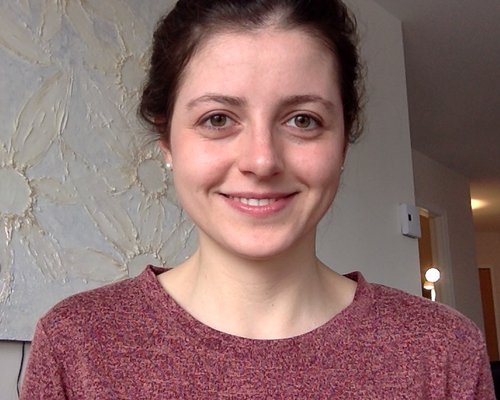 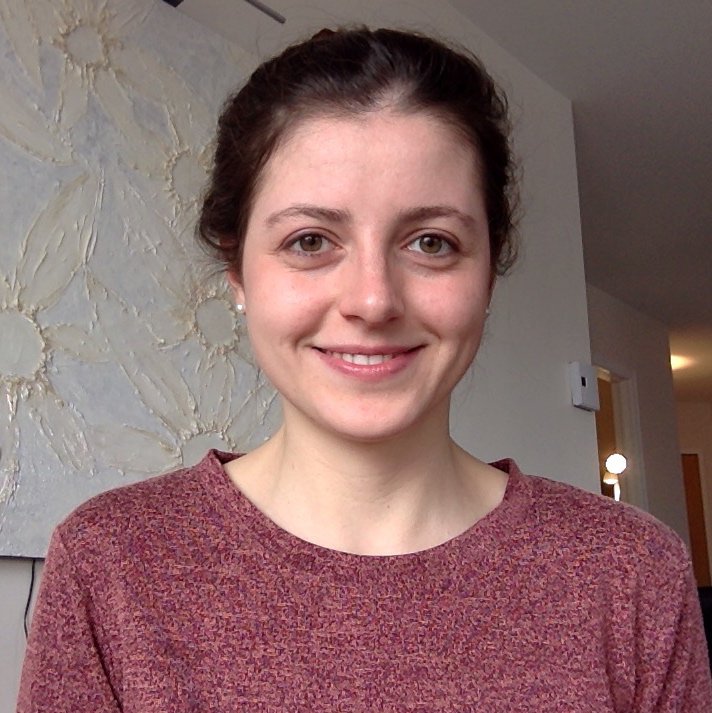 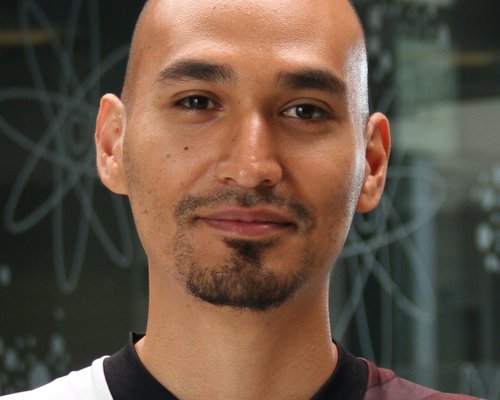 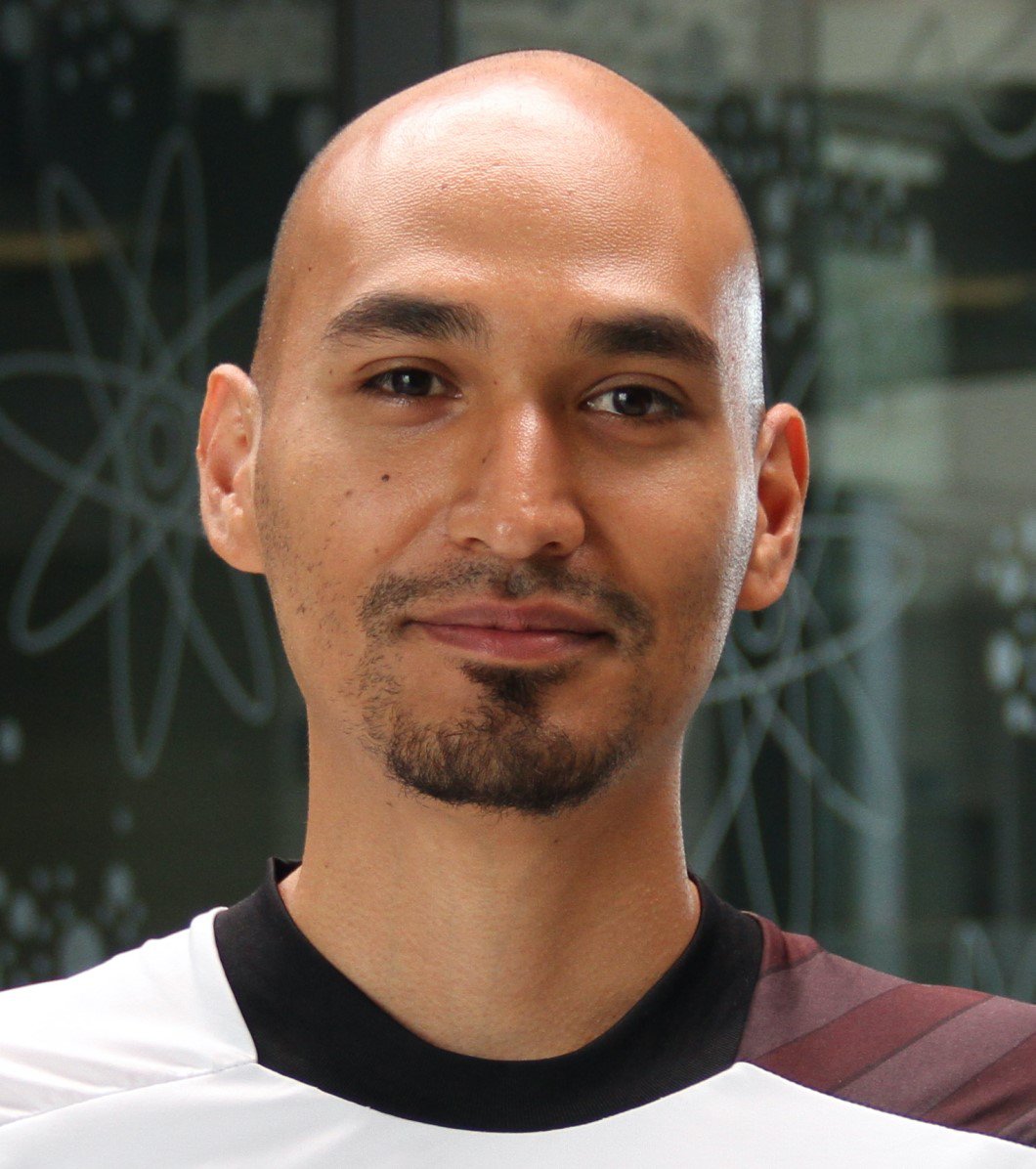 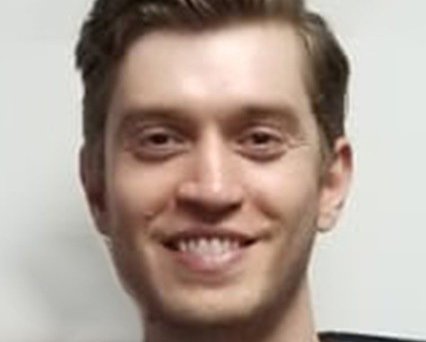 What are you most proud of?

It’s a cliché but it’s true: I’m proud of the students who made this insanely complicated thing all work, and I’m proud of the role I played in helping them get to the point where they could invent all the stuff they did. I guess I’m also proud of the original theory work I did as a grad student which we’re now testing. I still believe that it helps reveal an important perspective on the quantum world, and the fact that 20 years on, people are so excited by our results shows that we still have work to do to get the community to appreciate how much one can actually calculate and measure about the past of quantum systems.

What does the timing of the tunneling process mean for quantum physics and how can we see it applied to technology in the world outside the lab?

As I tried to suggest above, I’m more excited about getting physicists to think more about what we can say about the “past” of quantum systems in general, and tunneling is just one example. Soon we hope to show even more surprising results: that while reflected particles only see the “entrance” of a barrier but transmitted particles spend as much time near the entrance as near the “exit,” essentially no particles spend much time in the middle. I think we still don’t really grasp what that all means. We’re also going to use this system to probe what happens to tunneling times in complex, many-body systems, a problem I don’t think any one has solved yet. And we have some very promising ideas about studying what it takes to “collapse” a wave function, which we think we can implement in the lab.

Of course, tunneling is at the heart of many physical phenomena, and used in devices ranging from high-speed electronics to superconducting qubits to SQUID magnetometers; as a physicist, you can only believe that we’d better understand everything about this process, even if I can’t name a device today that we can’t build without knowing this particular number.

What is next for the Steinberg group?

Well, part of my group is very excited about the extensions to our tunneling work I mentioned above. But in parallel, we continue to study applications of quantum concepts to imaging and to precision measurement, how to use cold atoms to make photons interact with each other or carry out quantum simulations, what it means to observe a quantum system, and other questions about “quantum histories,” such as how much time a photon spends “inside atoms” while it’s travelling through an absorbing medium.