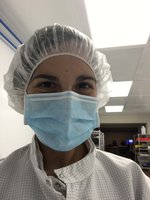 The ATLAS experiment at the Large Haldron Collider (CERN) is preparing for a major upgrade of the Inner Tracking for the Phase-II LHC operation (HL-LHC).

This is an international collaboration of 29 institutions in 13 countries.

We asked Laurelle Veloce, who is working on the University of Toronto Department of Physics contribution to the upgrade, some questions about the project.

What is the purpose of this upgrade?

To discuss the purpose of the inner tracker upgrade, let's first step back a bit and discuss the purpose of the High Luminosity LHC upgrade. Essentially, this upgrade will increase the amount of data collected by ATLAS by about a factor of 10 over the LHC’s design value. This will allow for the Standard Model of particle physics to be studied in greater detail, including observations of rare processes not accessible at the LHC. This boost in performance also increases the potential for discoveries of new and rare unknown physics processes.

However, the HL-LHC will present an extremely challenging environment for ATLAS, as the expected amount of data exceeds the design requirements of our current detector. The conditions will be so extreme that many parts of the ATLAS will need to be upgraded in order for it to function at all. In particular, the ATLAS inner tracker itself will be completely replaced with an all-silicon Inner Tracker known as the ITk.

The process started in 2011 and will be complete in 2026, can you tell our readers why something like this takes 15 years?

The goal of the ITk project is to essentially build an entirely new detector, which will have to function under conditions that have never existed before. This process requires a huge amount of research and development. Every part of the detector (including even such mundane things like glue) need to be thoroughly tested to ensure that they will still function under the extreme radiation environment expected in the HL-LHC. Once the detector itself is designed, it then has to be built, which itself is also a huge undertaking. All of this requires time - eventually the years add up!

Can you tell us what an upgrade of this scale consists of?

As mentioned, an upgrade of this scale involves many institutions from all around the world. The project itself is quite complicated, even from just a production flow perspective, and requires the coordinated effort of many universities, laboratories, and companies from all around the world. We are building something that has to work in an environment that has never been seen before, so every part of the detector must be carefully measured, tested, and validated to ensure that everything is working exactly as expected. This means that all steps in the fabrication of the ITk must be carefully planned and managed. In addition to this, production of the modules which eventually form the detector is ramped up in phases. Here at Toronto, we have completed the prototyping and first phase of pre-production for the module readout boards, and are in the process of prototyping the modules themselves. Once prototyping is complete, we as a collaboration will move on to production. All of this is a huge effort, which explains why so many people from all over the world are involved! 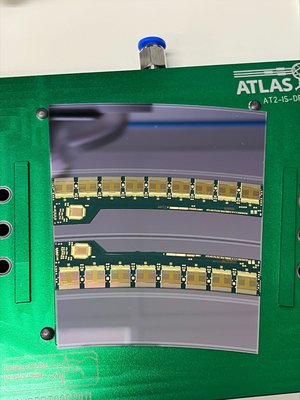 A mechanical R0 module which was built at UofT at the end of 2021. This is one of the two types of modules that we will be building in Toronto. 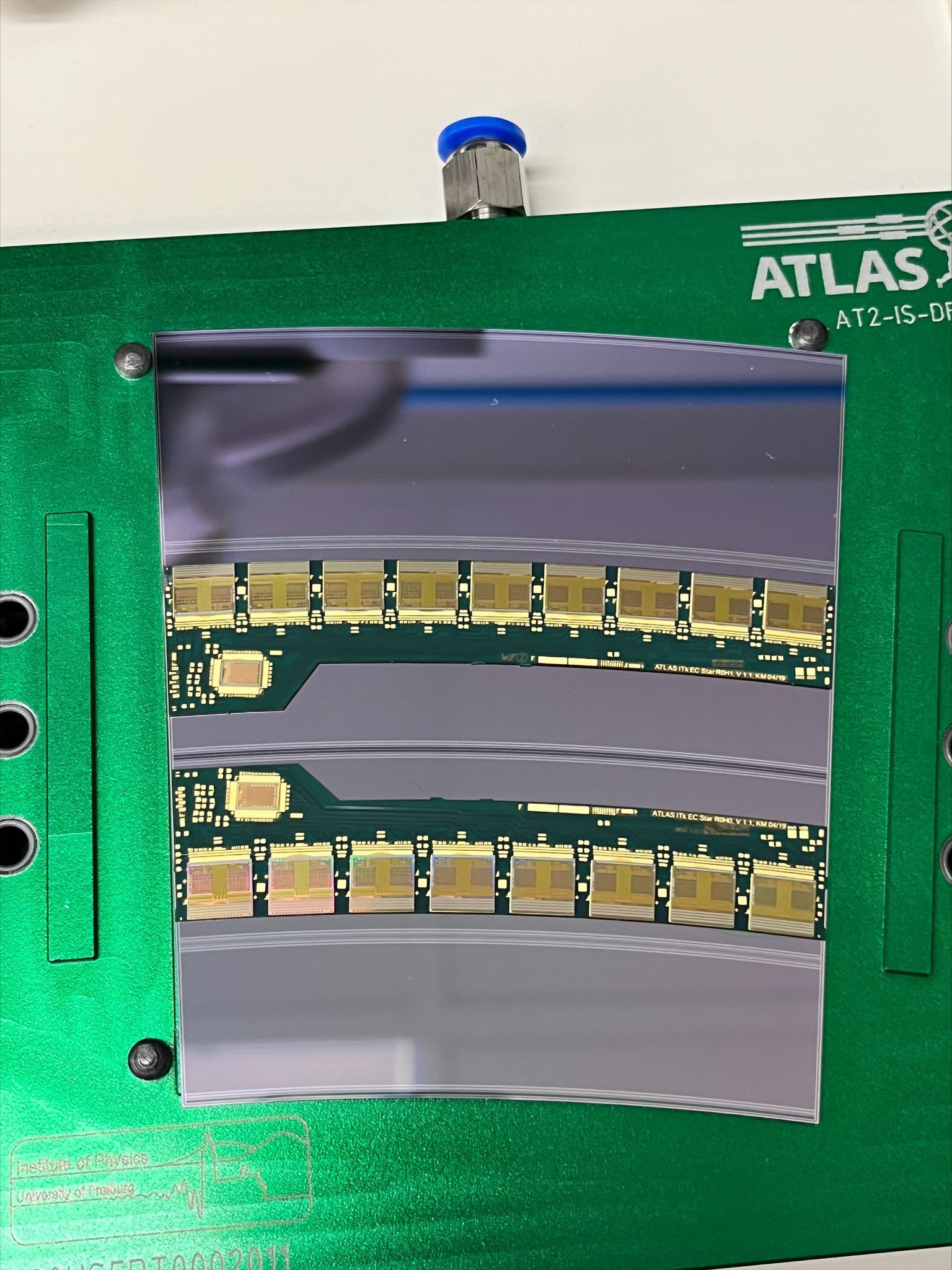 module_original
A mechanical R0 module which was built at UofT at the end of 2021. This is one of the two types of modules that we will be building in Toronto.

What will this upgrade allow researchers to do and see that they could not before?

The HL-LHC will allow us to collect an unprecedented amount of data, which means that we will be able to study the Standard Model in more detail than we have ever been able to do before. In some cases, we expect to observe processes that simply aren’t accessible in the LHC, such as the Higgs-self coupling, but of course what we are really hoping for is the possibility of observing something new. We will see what happens!

What is the University of Toronto’s and your team’s contribution to the upgrade?

Here in Toronto, we are involved in the silicon strip portion of the detector upgrade. We will specifically be fabricating silicon strip modules which will eventually make their way into the end-caps of the final ITk detector. A module itself consists of a silicon strip sensor and a readout board with readout chips. These modules, because they will be mounted onto the circular end-caps, come in 13 unique shapes. Our industrial partner, Celestica, will fabricate all 13 readout boards types, and will fabricate two of the module types. This process involves gluing and wire bonding the various layers of the modules together, and of course then testing the components at each stage to ensure that everything is working as expected. These tests will be performed both at Celestica and U of T, depending on the which stage of the fabrication process we are at. In addition, we built some of the specialized tooling that will be used by our collaborators around the world, we perform quality assurance tests of the silicon sensors at the U of T, as well as many other various tasks which contribute to the overall success of the project! 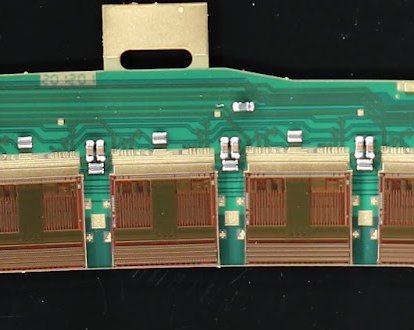 Prototype Readout Board
A prototype readout board assembled in Toronto, prior to wire-bonding. This is one of the 13 types of hybrid readout boards that will be glued and wire bonded in Toronto.

How often are you at CERN and what is that like?

Thanks to the COVID-19 pandemic, I haven’t been to CERN for several years. In ordinary times, I typically traveled to CERN a couple of times a year or so. Traveling to CERN, especially for collaboration meetings, is always a wonderful experience! As someone who is based primarily in Toronto, all of my meetings are usually online, so traveling to CERN gives me the opportunity to meet and work with many of my colleagues in person. In addition, I have always found being at CERN to be quite inspiring. There’s just something amazing about knowing that the detector that I spend so much time studying is basically right below my feet. 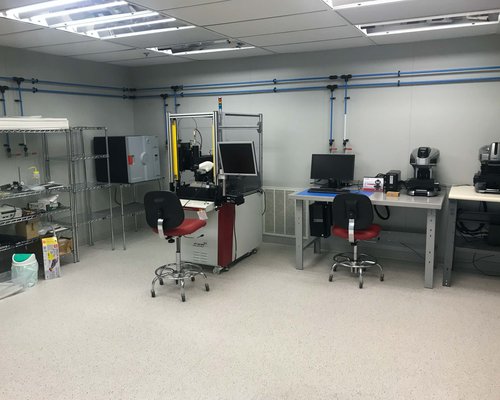 The ITk cleanroom at the U of T Physics. 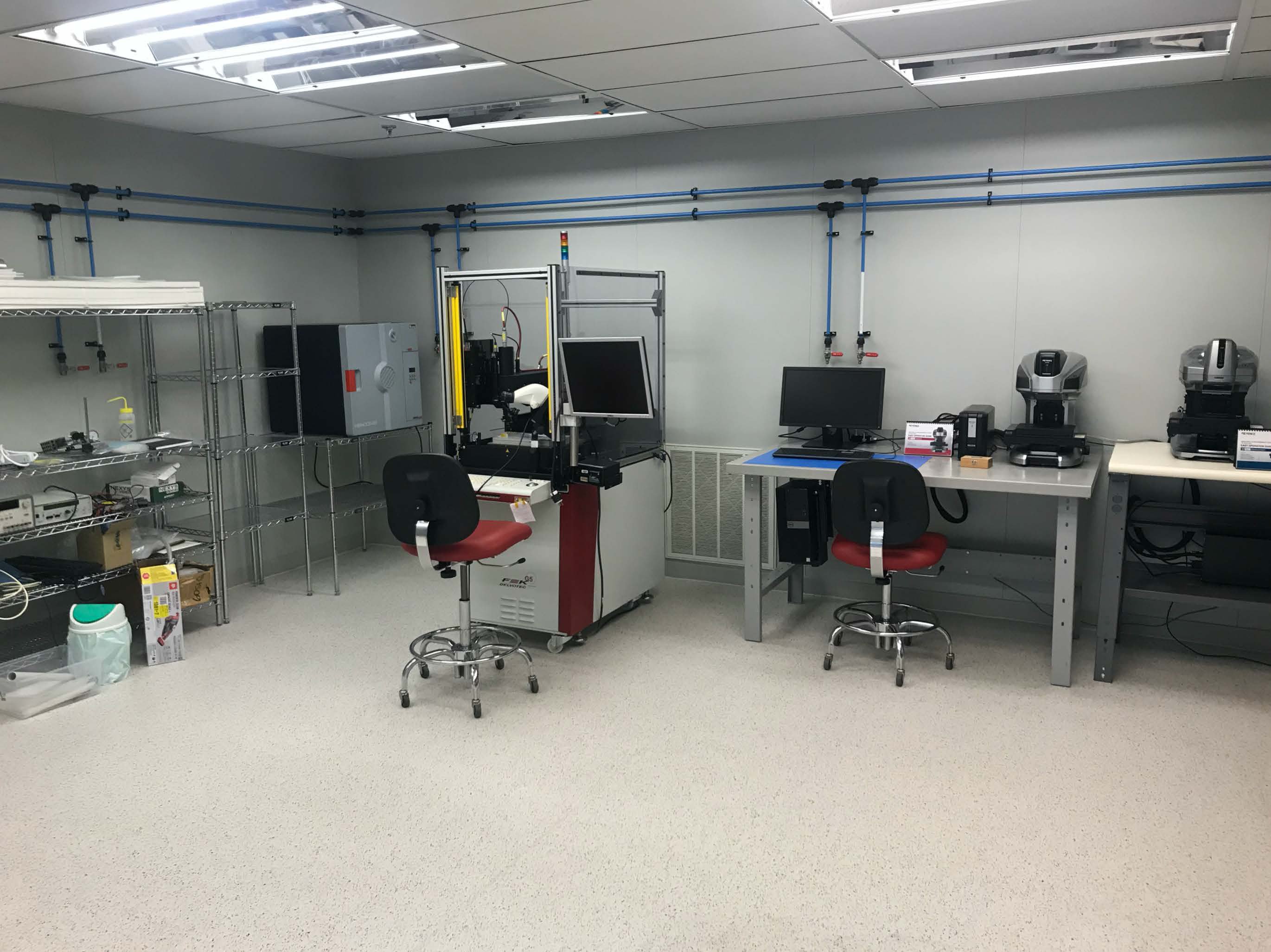 Clean Room
The ITk cleanroom at the U of T Physics.

What is your favourite part about working on such a large international collaboration?

My favourite part of working with the ATLAS collaboration is exactly this - that it is such a large international collaboration! ATLAS, and other scientific ventures like it, are wonderful examples of what we can accomplish when we collaborate to pursue fundamental research.

Finally, what excites you the most about this upgrade?

I am probably most excited to see the first physics results after the upgrade is complete. While I don’t necessarily expect that the first measurements will provide any surprises, it will be just amazing to see that the end goal of this project - to produce physics analyses which study the Standard Model in more detail than we ever have before - has been accomplished. 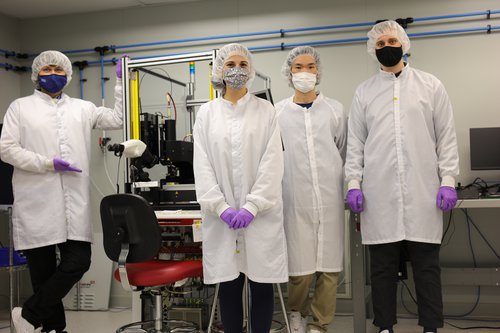 Benjamin Crick, Laurelle Veloce, Jia Jian Teoh, and Michael Vansteenkiste with the wire bonding machine at U of T. 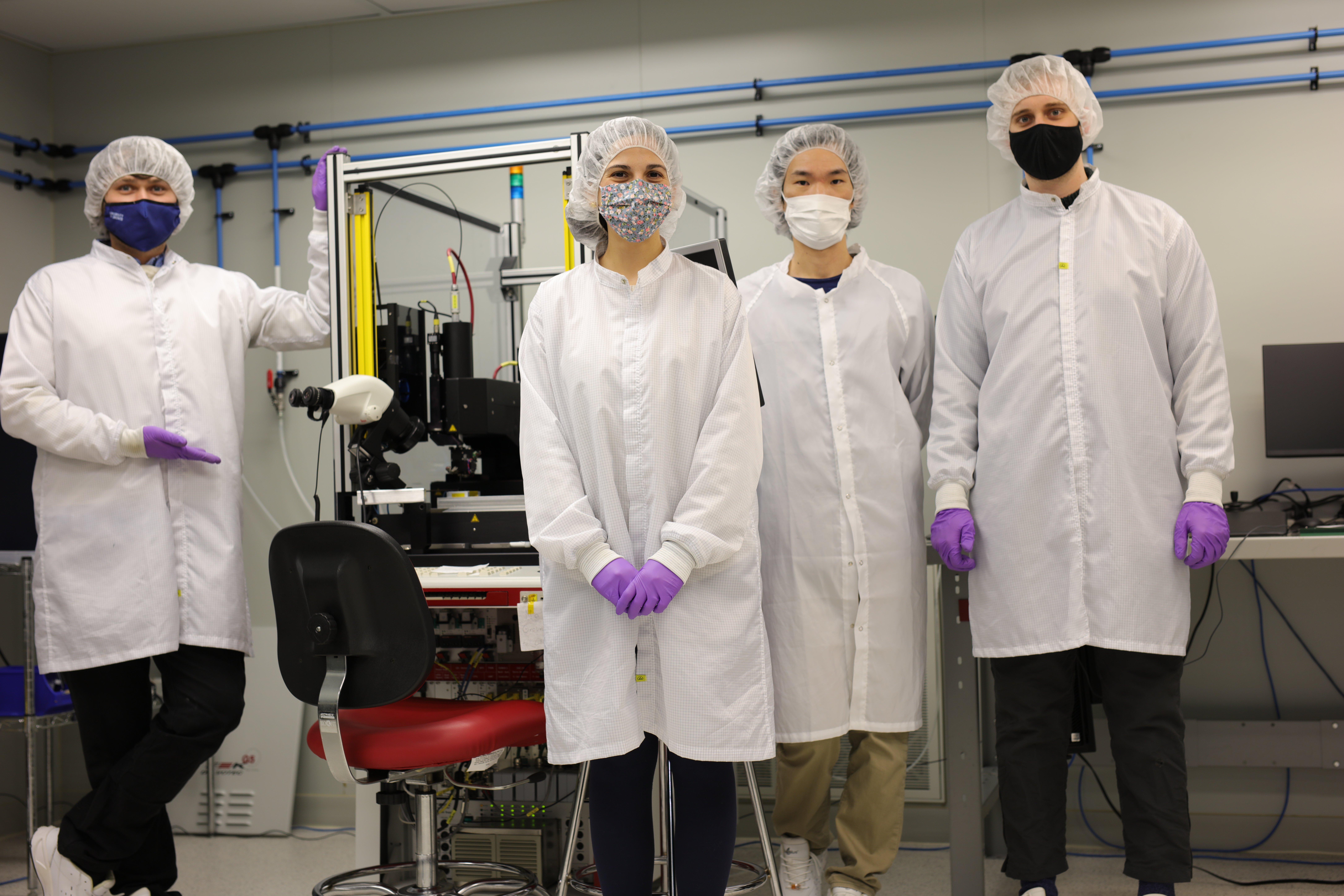