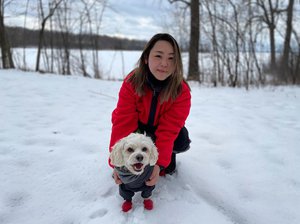 NuRee, joined the Department on January 3rd, 2022 as the new Astronomy and Physics Librarian . She comes from McGill University, where she spent four years working as a librarian to a variety of departments such as Earth and Planetary Sciences, Bioengineering, Biomedical, Chemical, Materials and Mining Engineering. NuRee is a former graduate of U of T, where she completed both her undergraduate and graduate degrees. She is excited to be able to join the school to work with the various members of each department. 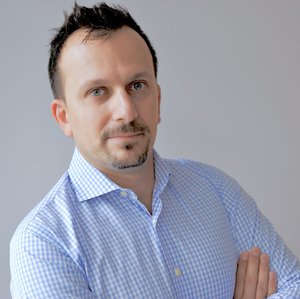 A lifelong learner, he has spent two decades serving the academic community. Prior to joining the Department he spent 12 years at the then newly established Petroleum Institute in Abu Dhabi. During his tenure, he worked closely with the University’s leadership and faculty to develop and manage laboratory operations in the Department of Mechanical Engineering.

More recently, he was an R&D Engineer at Quanser, a leading manufacturer of educational and research solutions in the areas of controls systems, mechatronics, and robotics.

At Quanser, he worked with universities around the globe and developed a variety of engaging hands-on lab activities. He has authored over 40 publications in international journals and proceedings – including Physics Education – primarily in the areas of engineering education and STEM. 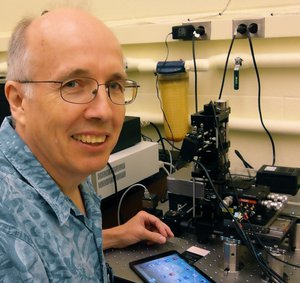 On June 30 Professor David Bailey will retire after 36 years (1986-2022) of research and teaching in the Department of Physics at the University of Toronto.

David Bailey joined the Department of Physics in 1986, having earned his BSc at Simon Fraser University and his PhD at McGill University, and following time spent as a Scientific Associate at CERN, in Geneva Switzerland. While at U of T, he worked on the ZEUS experiment, at the HERA collider in Hamburg, Germany, and later on the ATLAS experiment at the Large Hadron Collider. For the latter, he took part in early work related to the construction of the ATLAS forward calorimeter, which was built in part by the Toronto ATLAS group.

In the latter half of his long career, David’s interests turned strongly to undergraduate education. He has a passion for this, in particular for the experimental side of the physics program. His catchphrase ¾ “how well do we know what we think we know?” ¾ has guided his approach to teaching experimental physics for decades. He has published research on pedagogy, been a mainstay in the Advanced Undergraduate Lab for many years, and served as the liaison between the Physics program and Engineering as the Engineering Science Physics Option Chair. Most significantly, from 2002-2009, he served as the Department’s Associate Chair for Undergraduate Studies. In that position, in addition to the myriad day-to-day aspects of student advising, TA coordination, course assignments, and overall steering of the undergraduate program, he played crucial roles in a number of important undergraduate initiatives, including a major curriculum redesign, the transformation of the antiquated first-year labs into the redesigned Practicals, and the establishment of the Summer Undergraduate Research Fellowship (SURF) program that provides research experience to junior undergraduates. Indeed, David devoted himself so tirelessly to that position that when he left, the role of Associate Chair had to be split into two jobs, Associate Chair and TA Coordinator, as no one person could reasonably do the whole thing.

David has provided exemplary service to the Department of Physics in multiple ways, and has been a dedicated mentor to our students. He also served as the UTFA Council Member for Physics and Astronomy from 2010-2016. Over the years he took on numerous roles in the Canadian particle physics community, serving as Secretary Treasurer of the Particle Physics Division (PPD) of the Canadian Association of Physicists (CAP) from 1989-2015 and filling the same role for the Institute of Particle Physics (IPP) from 2005-2014, except for 2009-2010 when he spent a now fondly-remembered sabbatical year in New Zealand. 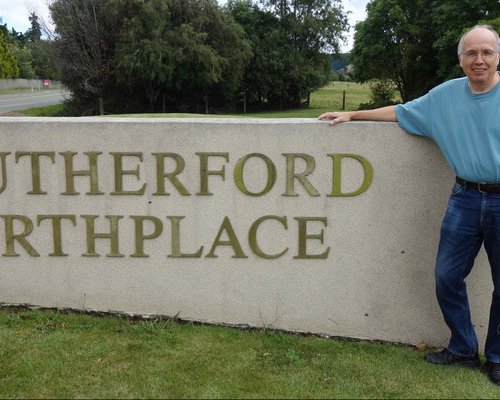 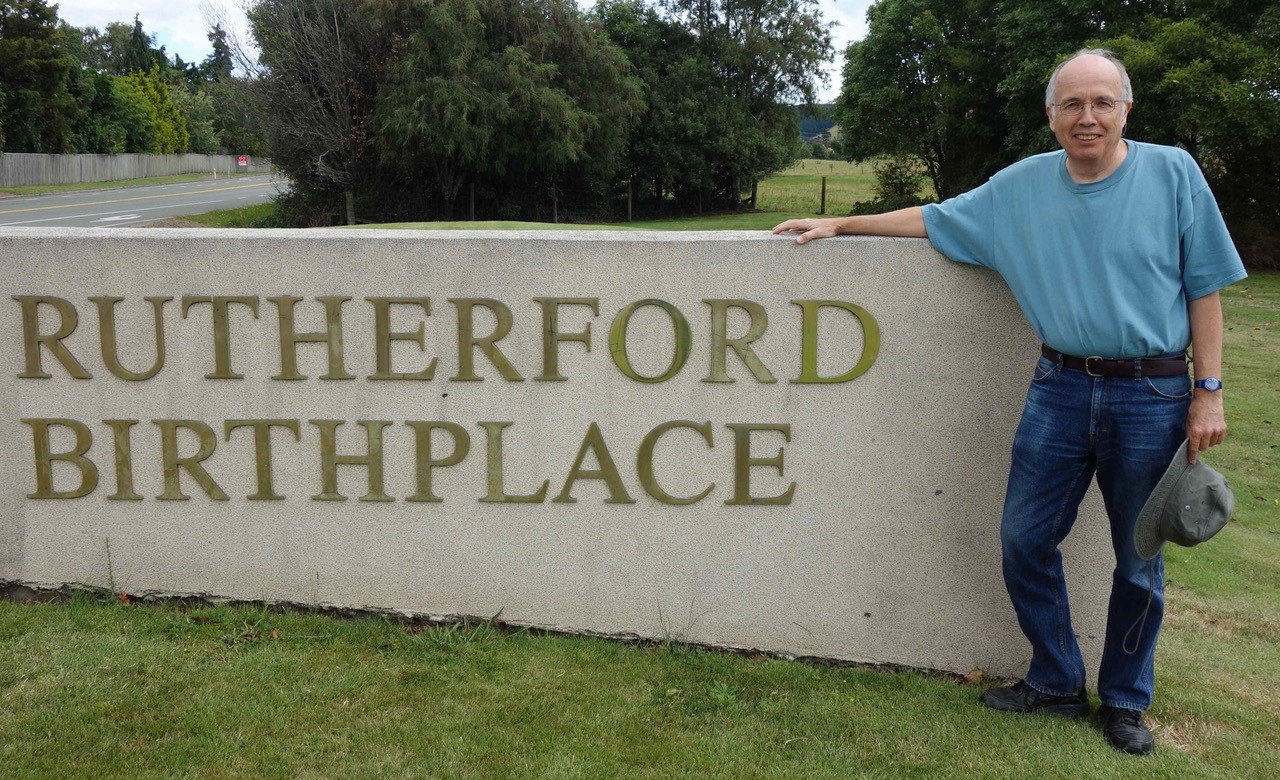 David has also enthusiastically devoted a great deal of time and energy to public outreach. He really enjoys engaging with the community and teaching them about physics by making it fun. He has been Chair of the Department’s Outreach Committee since 2017, coordinating our participation in Science Rendezvous at the largest scale ever; he created a carnival-like atmosphere in the lobby of MP and outside where hundreds of parents and children can participate in demonstrations, talks and tours. In 2018, the Department also began participating in Doors Open Toronto, a weekend-long event that draws thousands of participants. Most recently, David was instrumental in the creation of Pursue STEM. Launched in March 2021, this is a new multi-year outreach program that encourages and supports Black high-school students interested in science, technology, engineering and math (STEM). Students are given the opportunity to participate in STEM workshops starting in grade 10 and provided with support up to their first year of university. The goal is to encourage these students to pursue post-secondary studies. Other Departmental Outreach projects that David has been involved in can be found on the Outreach webpage.

We wish David a long and enjoyable retirement; he will be greatly missed but we hope to see him around the Department as he continues to be engaged in Pursue STEM and other projects.

By Peter Krieger, with input from Mike Luke and Sheela Manek 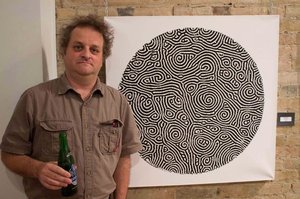 On June 30, Professor Stephen Morris will retire after 29 years of research and teaching in the Department of Physics at the University of Toronto.

Professor Morris got his BSc and MSc degrees at the University of British Columbia. After a college teaching stint in BC, he joined the University of Toronto, obtaining his PhD in 1991. Stephen did a post-doc at the University of California Santa Barbara, after which he returned to the U of T, initially teaching for two days a week at the Erindale Campus (now UTM) while running a research group downtown. From 2001, he was based fully at the St. George campus. From 2014 to 2019, Stephen held the prestigious J. Tuzo Wilson Chair in Geophysics.

Stephen is a highly original and influential scientist in the field of nonlinear physics and pattern formation. In an area dominated by mathematical and computer modeling, Stephen is famous for experiments whose elegance and visual impact hides a high degree of sophistication and technical difficulty.

Stephen initially got into the field of nonlinear physics during his PhD research with David May without his supervisor's backing, or even knowledge. This is of course, pretty rare. Dr. May had assigned him a project to use ring lasers to measure the Kerr effect in molecular gases. Finding this difficult and somewhat dull, Stephen began a side project, experimenting with the convection of smectic liquid crystals in the presence of an electric field. He happened to show his electro-convection measurements to a visiting colloquium speaker, whose enthusiasm led to Dr. May (a) finding out what Stephen had been up to; and (b) being persuaded that this was important research. To David May's lasting credit, Stephen was allowed to change his PhD topic, and the research was ultimately published in Physical Review Letters.

Professor Morris has published on a broad range of topics. His most highly cited paper describes the discovery of 'spiral defect chaos' (see picture above), during his post-doc at Santa Barbara. Stephen is also well known for his work on pattern formation in shrink-crack patterns in mud, which is related to the formation of basaltic columns such as the Giant's Causeway. On a 2005 sabbatical in Cambridge, UK, Stephen started new research on washboard roads, meandering syrup and icicles. The icicle work has had the most enduring fame (see picture below). It is a typical example of Stephen finding a meaningful scientific problem in an everyday phenomenon, and then creating elegant experiments to investigate it. It turns out that icicles are far from simple. 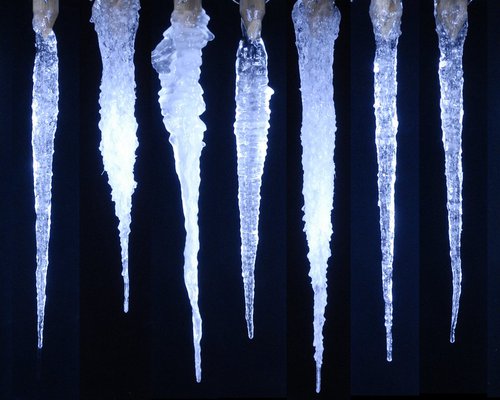 Stephen is also well known (for a physicist) to the public. His domino demonstration on YouTube has 4.2 million views and has become a common meme, recently tweeted by none other than Elon Musk. See Stephen's homepage for more media links.

Recently, Stephen has entered the art world, exhibiting his "scientific folk art" at local venues and establishing a new and highly original form of science outreach that reaches an audience that would normally not go near a physics department.

Over the years, Stephen has impacted our Department significantly. In teaching, he has won teaching awards, created new experiments for the Advanced Undergraduate Lab and, from 2010 to 2013, he served as Associate Chair for Undergraduate Studies. Perhaps his most enduring legacy will be his successful advocacy for establishing a Biological Physics group in the Department on the St. George campus.

In retirement, Stephen is planning to return to Vancouver, where he will continue to do his science-based art, and where the "rocks, trees and water" will give him new patterns in nature to think about.

By Stephen Julian with input from Stephen Morris