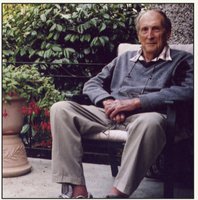 Derek was an experimental condensed matter physicist. I knew him as an acerbic but ultimately helpful professor, whose New Zealand accent underscored his mordant wit. He obtained his Ph D from UBC in 1952, after which he worked at the National Research Council in Ottawa, before coming to UofT in 1964. He was well known for his early work on the Kondo effect (the surprisingly rich and intractable problem of an isolated magnetic moment in a metal), and for his later work on hydrogen in metals.