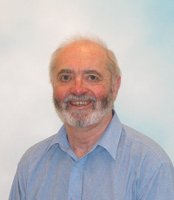 Patrick (Pat) O'Donnell, Professor Emeritus in the Department of Physics at the University of Toronto, passed away in December 2011 in Toronto at the age of 73. He is survived by wife Maureen and sons Dan, Ciaran and Quentin, their wives, and four grandchildren.

Pat was born in Port Glasgow, Scotland in 1938, and received most of his education in Glasgow. He obtained a B.Sc. in Natural Philosophy in 1960 from the University of Glasgow and a Ph.D. in Theoretical Physics in 1963, with a thesis on the Photodisintegration of the Deuteron, which was published (with A. Donnachie) in 1963. After his Ph.D., between 1963-65,  Pat joined Durham University as a Research Assistant and Lecturer, working with B. Bransden and G. Moorhouse. Their well-known work on phase shifts in Pion-Nucleon Scattering was one of the first analyses which involved large computers, and it is still used. Pat came to the University of Toronto in 1965 as Research Assistant, working in the field of particle physics with John Moffat. Soon after, he was hired as Assistant Professor, and became Full Professor in 1977. During his tenure at the University of Toronto, Pat contributed significantly to research, graduate supervision, and teaching at both the St. George and Scarborough campuses. Pat worked actively on research projects with students, colleagues in the Department and elsewhere, and visitors from Canada and from overseas.

During the period 1963-2003, Pat published some 141 papers. Among his contributions, his papers on the radiative decays of mesons and the description of the decay of the  bottom (b) quark into the strange (s) quark are the most highly cited.  No less important are many other less cited publications ranging from scale invariance to radial excitations of hadrons, and in one instance corrected a serious error in the literature. Pat spent several sabbaticals at the University of Southampton, Trieste, CERN, and TECHNION-Haifa (where he held a Lady Davis Fellowship).

Pat supervised 26 M.Sc. and 8 Ph.D. students, many of whom credit him with staying in Physics.  His contributions to the particle physics community in Canada are also substantial.  He was a member of Institute for Particle Physics Council during 1974-77 and 1987-90, and was Chair of the Division of Particle Physics of the Canadian Association of Physicists from in 1981-82. He was director of the highly successful  Advanced Study Institute "The Quark Structure of Matter" in Whitehorse (Yukon) in the summer of 1984. He was also a co-founder of the annual RST (Rochester-Syracuse-Toronto) conference series, which later continued (with Montreal added) as the MRST conference series. These conferences contributed to improved communication between particle theorists working in nearby areas and was particularly successful as a forum in which graduate students could present their work.

In the 1990's, Pat surprised us all by getting involved in the Hollywood movie "Good Will Hunting" directed by Gus van Sant, in which he played the role of "Marty" and also served as a mathematics advisor - those of us who knew him recognized Pat's handwriting on all the blackboards in the movie.  Pat was as pleased with this achievement as with anything he did in Physics.  The film was nominated for several Oscars, and Pat and Maureen were invited to, and attended, the 1996 Academy Awards Ceremony in Los Angeles.

He will be much missed by colleagues, graduate students, and collaborators in Canada and abroad. We remember his dedication to Physics, strong sense of humor and joie-de vivre, and are grieving alongside his family for his departure.