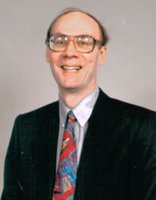 Michael was a theoretical condensed matter physicist. He did his undergraduate degree at McGill, and obtained his Ph D from Oxford University, on a Rhodes Scholarship, graduating in 1965. Mike's Ph D thesis was in experimental physics but, remarkably, he then successfully switched to theory. Mike was hired by the University of Toronto in 1967; he was promoted to Associate Professor in 1971, and then to Full Professor in 1976. From 1987 to 1992 he was the Department Chair. He retired in 2004.

Mike was a careful and thoughtful theoretician who focused on explaining novel experimental results. Some of his most influential work combined symmetry arguments with experimental data to obtain profound insights into magnetic and superconducting materials. Following his retirement Mike had a second career doing financial mathematics.

I am one of the many students who benefited from Mike's teaching - he had a direct and clear lecturing style; and I was also one of many who admired the clarity of thought behind his later papers on unconventional superconductivity. He will be sadly missed.