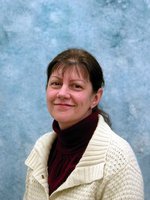 Natalia started at the physics department at the University of Toronto in September 2002. Over the years she taught many first year physics courses, PHY291H1S “Quantum Mechanics I” for Engineering Sciences, PHY385 “Introduction to Optics”, and she has been a lead instructor in the Advanced Laboratories, including being the Advanced Laboratory Coordinator from 2007 to 2010.

Natalia was also the Physics Olympiad Preparation Program (POPTOR) coordinator from 2003 through 2013. This was our major high school outreach program for many years. As coordinator, she planned, advertised and ran the program, drawing 10-20 outstanding high school students per year into our department to work on exam problems and laboratory experiments under her supervision. In 2011 and 2012, Natalia involved a total of 45 first-year undergraduates in the planning and delivery of the POPTOR program. The students prepared experiments, created problem sets and conducted classes and practical sessions with the high school students. Results of this two-year project were reported in a talk at the 2013 Canadian Association of Physics Congress in Montréal, “Involving the 1st Year Students in Teaching and Research Activities in Physics.”

Natalia was an Advanced Undergraduate Laboratory Instructor multiple times during the period 2013-2020, and was the course Coordinator in 2016-2017. This is a demanding position that involves one-on-one student mentorship, as well as maintaining and updating over 35 different experiments in condensed matter, optics and high energy physics. Her colleagues speak very highly of her “hard work, outstanding organization, enthusiasm for physics and caring attitude.” When I solicited previous Advanced Lab students for letters, we received two letters from previous undergraduates, and both were very positive. One emphasized how,
“Dr. Krasnopolskaia’s efforts to make herself available to the students during lab hours has been invaluable in my learning and understanding of the experiments and associated theory.”
Another mentioned the unexpected 50% increase in enrolment during the fall 2016 semester, and how,
“Dr. Krasnopolskaia deftly handled assignment of experiments, and made sure the general experience was quite excellent.”
Natalia was the PHY293/294 Lab coordinator from the fall of 2015 to the present. Two undergraduate students wrote letters specific to Natalia’s lab coordination. One said,
“She is like your cool aunt who knows and is aware of everything you’re doing and lets you try things on your own while watching to make sure you are safe and while preparing to help you up if you fall.”

From Fall 2013 through fall 2015, Natalia taught the off-semester, smaller version of PHY132, “Introduction to Physics II”. The written comments were generally positive, particularly mentioning her availability and caring. We received one letter from an undergraduate who took the course, which stated,
“Dr.K was a wonderful Professor. She taught physics well and made it easy to understand the material. She held review sessions and was always available to meet to discuss any concerns. As an instructor, I would give her a 10/10.”

Between 2011 and 2017, Natalia supervised 19 students in the Summer Undergraduate Research Fellowship (SURF) program. These students helped to develop experiments for the Advanced Labs and Second Year Labs. Several of these projects lead to posters at the Canadian Undergraduate Physics Conference (CUPC). The department is currently considering renaming the SURF program in honour of Natalia.

Natalia will be sorely missed for many years to come around here.