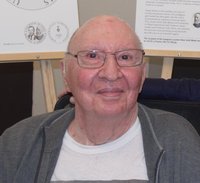 Atmospheric physicist and mathematician Colin O. Hines passed away on August 30, 2020 at the age of 93. Hines was an early driver of gravity wave research and his paper “Internal Atmospheric Gravity Waves at Ionspheric Heights” was ground-breaking.

Colin's career took him to Cambridge, England, where he earned his PhD; to Ottawa, where he worked for the Defence Research Board; to the universities of Ottawa, Chicago, and Toronto, where he was professor and continued his research; to NASA's Goddard Space Flight Centre in Maryland; and to the world-renowned Arecibo Observatory in Puerto Rico, where he was Head of Aeronomy. He was highly regarded in the scientific community and very special to many of his scientific colleagues, who remember him with fondness and gratitude. In 2001, Colin received an honorary Doctor of Science degree from York University for his work in its space program. In 2013, he was a keynote speaker at the CEDAR (Coupling, Energetics and Dynamics of Atmospheric Regions) conference in Boulder, Colorado. "50 years of gravity waves" was the theme of his talk, and the tribute was attended by hundreds of students and colleagues who acknowledged Colin as the father of the field.
From: https://www.legacy.com/obituaries/thestar/obituary.aspx?n=colin-oswald-hines&pid=196733134

Professor Dick Peltier from the University of Toronto’s Department of Physics said of his colleague:
“Aside from his founding of the still extremely active field of research on the importance of internal gravity waves to the understanding of both tropospheric and upper atmospheric dynamics, Hines also played a critical role in formulating the modern understanding of the magnetosphere, the "teardrop shaped cavity" within which the Earth's magnetic field is trapped by the solar wind.

Our last conversations on scientific issues concerned the same subject that initially brought his name to scientific prominence, one that is currently referred to as "wave turbulence theory (WTT)", but this conversation was in an entirely different oceanographic context. In both media, the issue involves distinguishing between fluid mechanical complexity associated with true "density stratified turbulence", a la Kolmogorov, and that due to the nonlinear interactions that occur in the oceans, which are filled by a dense spectrum of the same internal waves that Hines first showed play such an important role in the atmosphere.

His collected papers with notes concerning later developments were bound in a hard cover collection published by the American Geophysical Union with the title "The Upper Atmosphere in Motion". The motivation of the Union in taking this unique step to highlight the work of a single scientist was due not only to the originality and prominence of the work but also to the quality of the scientific writing.”

In 1949, Colin was awarded the Loudon Medial in Physics for excellence in physics in his graduating year. In 2018, the Loudon Medal was renamed the Loudon-Hines Gold Medal and Scholarship in Physics. The award is presented annually to the graduating student in the Specialist or Major program in Physics with the highest cumulative grade point average (CGPA). In addition, preference is given to the top student who also demonstrates creativity and clear promise in the discipline of physics.

Obituary in Globe and Mail:
https://www.theglobeandmail.com/canada/article-scientist-colin-hines-probed-the-invisible-forces-at-work-in-the/ 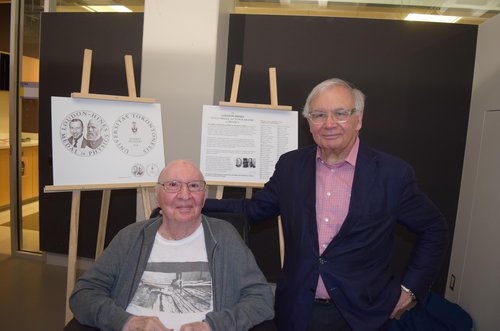